When Adithya Varma hits the screens on the 22nd of November, it will be the third time that the same story is being brought to the big screen in Indian cinema. Arjun Reddy first, Kabir Singh next and now this film which brings the star scion Dhruv Vikram to the silver screen – it has become a huge phenomenon with a cult following, and most importantly, a new brand for an image that a man can carry. Dhruv, who makes his entry into Kollywood with this film, is excited, anxious and overjoyed all at the same time. Here’s what he has to say about his first ever acting outing, the story behind it and the love that he has for his father Vikram.

Adithya Varma started off due to the rarest of the rarest occurrences, where a film was completely shot and then 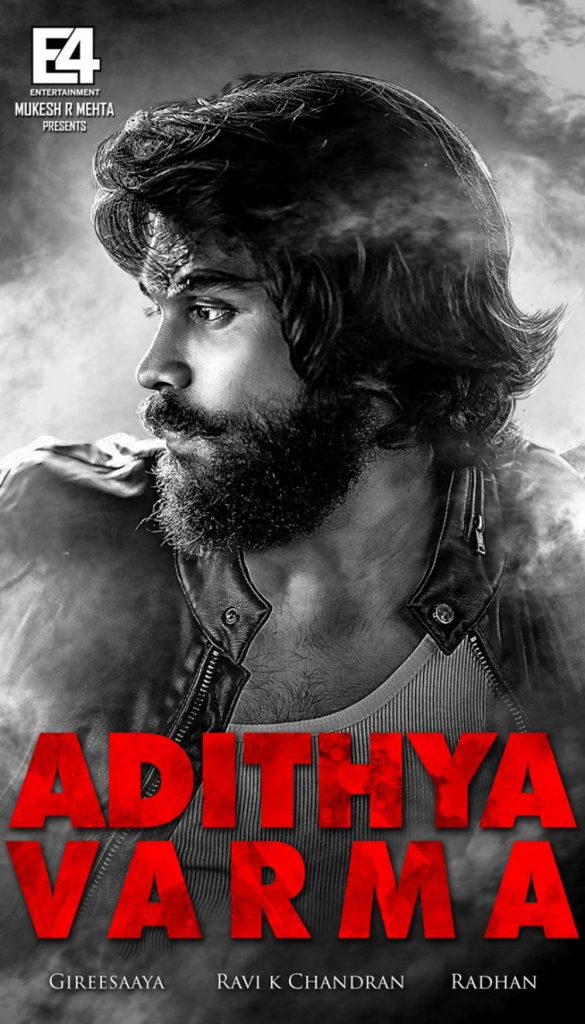 scrapped to be started all over again. When the makers decided to get away with Bala’s version of the film, everything had to be done from ball one. Dhruv reacts to that, saying “After the scrap, the first week was quite difficult in order to understand what was happening. But as soon as I walked into the sets of Adithya Varma, everything around me changed in a flash. Thanks to my dad, who was with me right from the beginning of the film to the dubbing stage.”

One of the main differences that Dhruv would have faced in comparison to the other two versions, is how he is younger in age when compared to Vijay Deverakonda and Shahid Kapoor. Dhruv acknowledges the fact by saying, “Of course, I can’t hide my age. Adithya Varma is indeed a character who is above my age, but as an actor, you cannot look at age as a barrier. In Adithya Varma, I had a few scenes where I could play my age, and some others where I had to first get into the mindset of the character and then perform.”

When it comes to Adithya Varma, one unsung hero of the film will definitely be Chiyaan Vikram. Doing much more than just guiding his son, Vikram took over the responsibility of delivering a good product on the whole and oversaw the entire process. “I believe that my dad has an intuition that some things will work out well. In the case of Adithya Varma, he gave up a lot of his time and came in to make sure that the film came out well. You could call him selfish if he came in for just my portions, but he didn’t do that and supervised every department. His contribution to the film is uncountable,” said the actor.

Dhruv is just getting started in Tamil cinema, but he does come off as a person who is clear and sorted with what he wants to do here.

“I want to do films that have a strong emotional connect and move the audience. I don’t think mainstream films are my area. I also want to venture into the music composing space. I know to play the guitar a bit and some keyboard as well, but I wish to learn how to compose and produce music. I love the feeling of expression that it brings,” he concludes.