With the astounding success of Namma Veettu Pillai which was one of the biggest grossers of the year, Sivakarthikeyan has returned to form. And now comes Hero, which is a brave step into the superhero genre which has been a road less treaded in Tamil cinema. Only Kollywood caught up with the actor right before the release of the film, to speak about the journey with the mask on, and how the project has come together before his eyes. 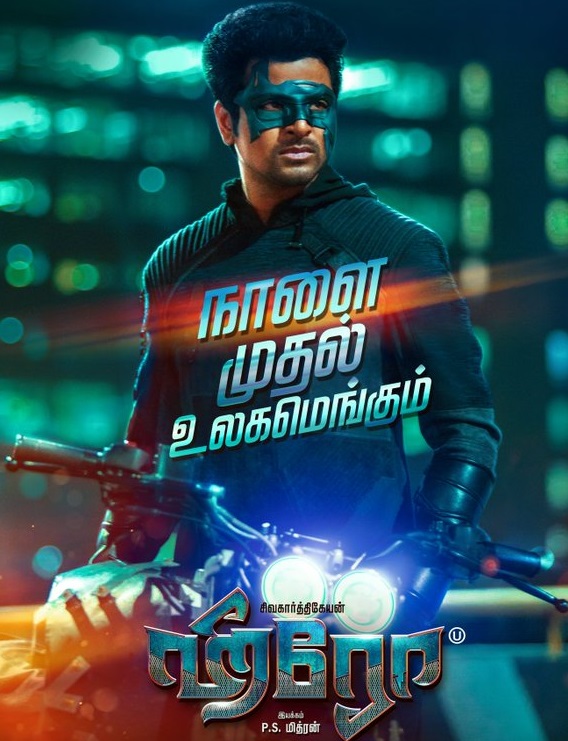 The superhero genre is alien to Kollywood because many of the films in the genre have faltered previously. There might be inhibitions for actors to take up such a film, on which the ‘Hero’ speaks, “Actually, we had some ideas in mind when we first met, and it was majorly about doing a vigilante film more than a superhero film. Myself and Mithran agreed that we would meet every month as the script found shape, to discuss ideas and chart the progress. We first took up a structure, and then molded it into a superhero film. Only at the final stage, the mask and the suit were added. More than the character, the film is about the students and their emotions. So that’s what matters, we never had to look into the success or the failure of the previous films in the genre.”

Telling us a little about the action scenes, Sivakarthikeyan opens up saying, “Compared to my previous films, Hero has a lot of action. Both I and Arjun sir will feature in a lot of fight sequences in the film, and I have done 90% of the stunts on my own. My favorite amongst them all is the bike sequence, which comes in the second half. Credit to George C Williams as he managed to shoot the entire sequence with just street lights and other natural sources. It was quite an experience as I was driving a bike that didn’t even have a speedometer, so I couldn’t gauge the speed at which I was moving. When you watch the film, it will be very thrilling,” said the actor. “Because of the team who came up with a lot of innovative ideas and tricks, it didn’t feel like a strain.”

Superhero films usually come with high budgets and stakes on them, but Sivakarthikeyan notes the point that Hero still isn’t his costliest film yet. “I think we should be happy and proud about what we’ve achieved with a very controlled budget. For Mithran, it’s his second film, for George 9th and my 16th – we are comparatively young in the industry and we’ve put in our best for it. Films like Krrissh and the likes were obviously made with a lot of money. If the film succeeds, it’ll bear fruit for many bigger films in the future.” 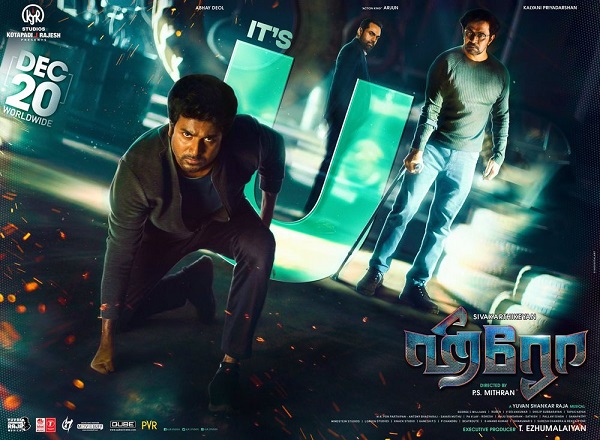 Opening up about the experience of working with a veteran artist such as Arjun, Sivakarthikeyan says “We kept on speaking about Mudhalvan, Gentleman and Jai Hind. There’s an interesting episode which took place when we were shooting for the title track, where we were asked to just speak to each other as the montages were being shot. As Mithran said ‘action’, Arjun sir casually started talking about how much he likes my films and the choices that I have made. Listening to him talk and going with the flow, I said thank you, only after which I realized that the shot was on. There are many more fun moments with him on set, like this one.”

Sivakarthikeyan is now shooting for Doctor, his next film with Nelson of Kolaamaavu Kokila fame. The film has Priyanka Arul Mohan as the heroine apart from Yogi Babu and Vinay. Sivakarthikeyan calls Doctor a jolly action comedy. “It is a fun film that will have ample space for laughter and action together. We have a total of 75 days of shoot, and I will be simultaneously shooting for this one as well as Ravikumar’s film from February. Next year, I will have two releases which will be very different from each other,” said the actor.

“The plan is explore more kinds of films which give me both – 50% to enjoy the film as a member of the audience, and 50% to give me more space and experience as an actor. There should also be an element which will take me to the next level, and also match my market and the amount of risks that we can take with me in the frame,” concluded the actor, in style.