With over a hundred films to his credit, D. Imman is a composer who has carved out a space for himself in the industry, with his music reaching the nooks and corners of the state with ease. Balancing both city and urban films with ease, the composer has an interesting discography spanning films of all shapes and sizes. We at Only Kollywood caught up with the composer for a chat on his style of work, his methodology and where he sees himself in the industry. Read on.

With Seeru, you have joined hands again with Rathina Siva. Two of the songs in the album have been sung by new singers and have turned hits. What’s special that made it click?

Rathina Siva always has that idea to write good characters from women. It has repeated in Seeru again. And as for singers, it is not only with Seeru, but I look to introduce somebody new wherever possible. I selfishly look for some takeaway factors from all of my films for myself. Take the example of Raja sir, where not all of the films that he has done are successful. But the songs, they stand strong even today. That’s what I look for in every film I do.

In the past, you have done a lot of projects in quick succession, but you seem to have reduced the number of projects off late. While making such a conscious decision, do you tend to believe more in the combinations with directors rather than scripts? 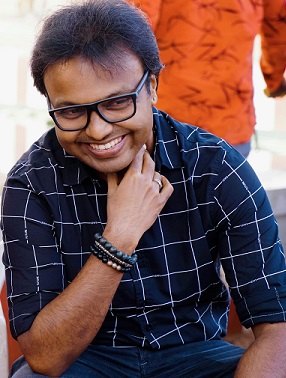 I already have a lot of projects on my to-do list, because of the team and the rapport that I share with the directors. Such combinations are always because the songs have worked out in the previous outings with the directors. When it comes to Lakshman and Shakti Soundar Rajan, they are two directors who have brought me out from the rural space and helped me explore. But otherwise, it depends on the package of the director, the artist and the team overall. There’s also a fact about how the idea of the combination will not happen again if the films that I worked in with such directors were not hits, and it’s not that I should always stick to big films. If I get paid heavily for a big film, I will use that money to work on a small film too. And that’s how I get to work on projects like Bakrid. I think about of a lot of things before I sign the project, but once I ink the dotted line, everything is fixed. Ultimately, these things fade out and the music is what stands.

At the start of your career, you did a lot of commercial films. But there came a time in 2012, when three of your films in Manam Kothi Paravai, Saattai and Kumki turned out to become huge hits on the whole. And that’s where your face as a composer changed, getting you so many other projects. Was there any retrospection that you took to change over at that stage?

Until that time, I hadn’t done rural film music in my films. Most of my albums were for commercial masala flicks, and I didn’t get the opportunity to score music for a typical rural film or an out-and-out romantic film. Romance is what brings out a composer’s true talent, and it happened with Mynaa in 2011, followed by the three albums in 2012. From my childhood, I’ve been a yo-yo boy from Chennai alone, so this transformation was an interesting phase for me. I also felt the vacuum for solid, rooted romantic music in our industry after Raja sir’s times, and that’s why I could score more with those three albums. Be it Ayyayo Aanandhamey then or Sevvanthiye now, I feel there is a sense of rootedness that we need to uphold in Tamil music. And that’s where I think I fit in.

Most of the composers these days bank on EDM to get their job done, and that’s comparatively easier. How do you look to reinvent the advancement in music when you are branded as a ‘regional composer’?

When you look at a person like me who works more on rural films, the expenses are higher here. I need more of 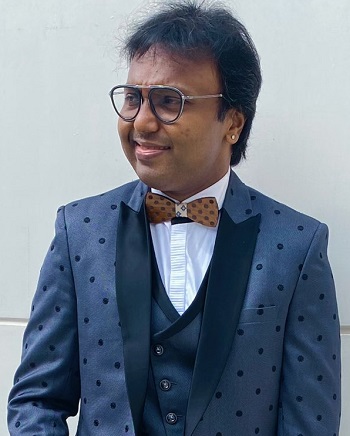 live instrumentations, even for the usual songs. So there is a lot of work for the think tank to innovate in that space. I look to have some ethnicity in the basic tune of the song itself. For example, in Vijay Sethupathi’s upcoming film Laabam, we have the need for some rooted music in a village backdrop. But we have taken a conscious effort to not make it sound like songs which are typical to those grounds, which will definitely come out as an effort to do something different within that space. We cannot explore too far either, as the listeners will get disconnected from it. The tune of the song should be relatable, but we can get innovative with the sounds, the mixing and the mastering. It is very challenging to bring in new sounds in a rural film, as opposed to a city subject where you can do almost everything. ‘Keta maariyum irukanum, pudhusavum irukanum’ – that’s not easy, right.

Your music has always struck a balance of being entertaining and in the orchestral/symphony style. For the latter, is it like another image of your belief in spirituality and how much does it influence your work?

Of course, it has a major impact. I always like to work on my own, so I need my work flow to start from a certain source. My major point of inspiration lies in my spirituality, and it starts from my morning prayer itself. I plan my day right from there, and the tune should come my way in the fifth minute itself. Some days, there are hardcore prayers just asking for that spark to start work. As I composed for Kannana Kanney, it started with that ‘Aarariraro’ phrase and then moved on to the main line and finally the charanams which got done in a flash. When such a flow comes through, the listener inside me excites himself thoroughly. The sense of happiness inside is something similar to a baby being born. If you’d ask me, I tell you that Imman is just a name and everything comes from the source above. Rahman sir says ‘Ellapugazhum Iraivanukke’, and I say it this way.

Imman is currently busy with three interesting projects in Teddy, Bhoomi and the biggie Thalaivar168. His films such as Seeru, Ponmanickavel and the others are lining up for release soon as well. Busy times ahead for the composer who is also on the verge of pocketing a few other biggies!

Losliya breaks into Kollywood with two films announced on the same day!

Thalaivar 168 to have five songs in total, composing in progress