Waiting to share screen space with the national award-winning actor Dhanush in her next, Keerthy Suresh, the hotshot sensation in K’town, talks to Surendhar MK about her first breakthrough, making new forays in cinema and how speaking Tamil fluently is a big advantage.

Vijay-directed Idhu Enna Maayam, Keerthy Suresh’s debut film where she paired up with Vikram Prabhu, is yet to see the light of day. Without a single film of hers having released yet, Keerthy has already completed two more projects that includes dubbing in her own voice– Rajini Murugan with Sivakarthikeyan and Paambhu Sattai with Bobby Simha. She is in talks for two more films but she is also aware of the raising expectations movie-goers have for her. So, she has decided to sign her next only after her first release.

“It’s amusing that people think I have signed eight films on the trot. It would at least take two years to do that. I might have got eight offers but have signed only four (in Tamil) so far. I really haven’t realized that this is happening until people who interview me ask that, none of my movies are released and am still signing. And that is when am actually realizing the value of it. It looks like there is a lot of responsibility and trust on me. I should live up to it,” Keerthi says.

“Listin Stephen, one of the producers of Vijay’s film, is one of dad’s friends and he approached us. Vijay was in Kerala for an ad shoot and he just dropped by my house and told me about the gist of the story. I kind of liked it,” harks back Keerthy who made her lead debut in Priyadarshan’s Malayalam film Geetanjali, a horror comedy where she essayed a dual role.

“Since Vijay worked as an assistant to Priyadarshan, I think Priyan uncle told a few good things about me,” adds Keerthy wearing a wry smile. After doing a dual role in her debut, Keerthy followed it up with another challenging role in her sophomore film Ring Master, where she played a blind character.

After enacting exciting roles in Malayalam, how do you think your career should shape up in Tamil, where heroines are majorly given three-songs-four-scenes roles?

“After doing challenging roles in Malayalam, I thought that I shouldn’t give up on that in Tamil too. But, it’s mostly depends on what kind of roles comes my way. When I heard the story of Idhu Enna Maayam, I thought it’s a good film and I have an interesting character (Maya). But only when I started shooting, I realized that it’s a difficult character. I play a very calm and composed, quiet girl. Maya is not a character that you can come to the sets and enact it off the cuff.”

Keerthy needed a lot of mental preparation and had to remind lots of nuances when playing the role of Maya. “I had to get into the skin of the character. According to me, Maya was a difficult character to portray than the blind role I played in Ring Master,” Keerthy adds.

“Vijay is a perfectionist and loves being realistic”

Keerthy Suresh is all praise for Vijay’s observant directorial skills and says he carries the same wavelength as Priyadarshan to work with. “Vijay sir was very particular about few things. He loves being realistic. His utmost priority is to show everyone beautiful on the frame. When he is there, I don’t have to worry about my make-up or hairdo. He is very keen on all those aspects. I don’t even have to see the monitor. I was so sure that he would take care. I kept laid-back and calm on the sets. He is a perfectionist and makes sure that we do it till we get it right,” gushes Keerthy.

“I think nothing can beat his patience. It’s very difficult to catch his nature. It may be hard in the beginning but as days passed by, we managed to pull it off. I started getting used to it,” Keerthy adds. “I play a bubbly, loud-mouthed character in Rajini Murugan. A proper mid-town girl. It’s totally different from Maya. In fact, during the first few days of Rajini Murugan, I was behaving like Maya on the sets. I wouldn’t say my role in Rajini Murugan was difficult, but I didn’t get the hang of it,” says Keerthy.

After the first schedule, Sivakarthikeyan and director Ponram were quite skeptical about whether Keerthy will pull off this role given her soft-spoken nature. They were apprehensive about the next schedule since it involved scenes where Keerthy would literally need to battle it out with Siva. But, later she stunned them all and proved them wrong.

“I just shot for three four days, I went to an award function and I came back… seems like I came back with a bang, but then I got the hang of it. It is probably because it is a new sets to me, I didn’t know anyone of them, could be because of that also. For Vijay Sir’s movie, there was a workshop, we all met and all that happened. But this one, we started shooting immediately. After that, when the second schedule started I got the hang of it and could get into the mood of the character,” Keerthy explains.

Did you have any insecurity about teaming up with budding actors than established stars to begin with?

When Keerthy was about to act with Vikram Prabhu, she was happy because her mom, Menaka, has acted with Prabhu, Vikram’s dad. And she wanted to seize this proud moment.

“I have watched Vikram Prabhu’s Kumki and I know a little about him. My mom likes Siva Karthikeyan and she was insisting me on doing the movie. On the first day of photo shoot, Siva asked me, ‘En padam ethavathu paathrukeengla.’ I felt so bad to say ‘No’ and right after the photo shoot, I watched his Maan Karate. It is then I came to know that Siva is one of the leading young stars in the industry. Then I watched his Varutha Padaatha Vaalibar Sangam during the shoot.”

Keerthy says working with Siva is very interesting. “Because he is a very spontaneous guy; he is already an anchor good at his wits. He says everything right on my face; be it good or bad. What I really like about him is he bothers to tell both good and bad not just the good,” Keerthy adds.

“I’m playing a lower middle class girl as Charlie sir’s daughter who is a sanitary worker. I’m a girl who works in an export company. Karthika Devi character in Raijni Murugan is a matured role and this is a more matured and sensible character. And the shooting for Paambu Sattai is complete.”

“Bobby is really nice. He appreciates and encourages a lot while at the sets. My co-stars keep telling me what I can do and what not to do,” say Keerthi.

Keerthy has a show-stopper of a smile, looks gorgeous, wears a courteous attitude and is extremely grounded. But, the most important trait that attracted Tamil film-makers is her ability to converse in the language fluently.

“Speaking Tamil is a very big advantage. I talk Tamil at home – my mom is a Brahmin and my dad is a Malayalee. I hardly have one or two friends who are Tamilians so it is only at home I speak Tamil. But when I have to talk Tamil outside my home, it is little difficult since I have to avoid the slangs of Brahmin Tamil and talk in the colloquial Tamil. I talk more Tamil just with Vijay sir but in Rajini Murugan I talk with everyone in Tamil. People were so surprised that I talk in Tamil fluently,” Keerthy says gleefully.

Keerthy has already finished dubbing for Idhu Enna Maayam and started to dub for Rajini Murugan. She will kick-start Dhanush- Prabhu solomon’s next yet-untitled film mid July. She is also part of two Telugu projects – Aina Ishtam Nuvvu, which is under post-production and Harikatha, which is on floors.

Only Kollywood wishes the emerging actress to do more meaningful, promising roles and bring accolades to Indian cinema.

Dhanush is my best friend in the industry, says Vijay Yesudas 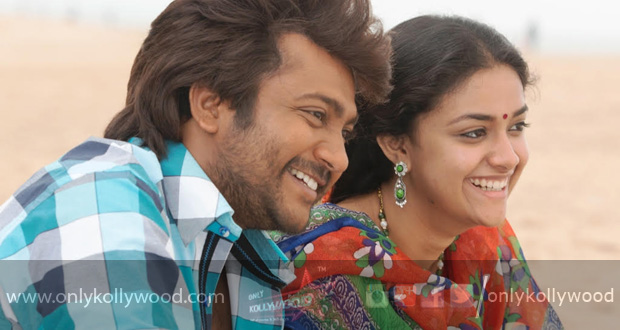 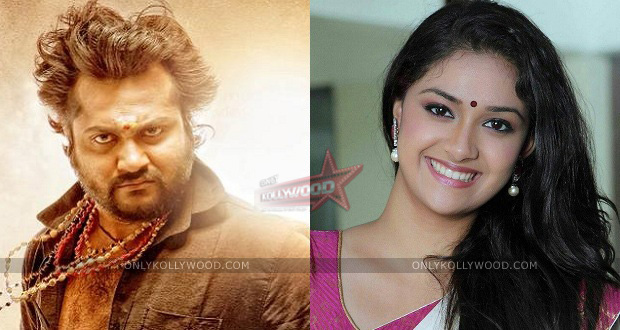 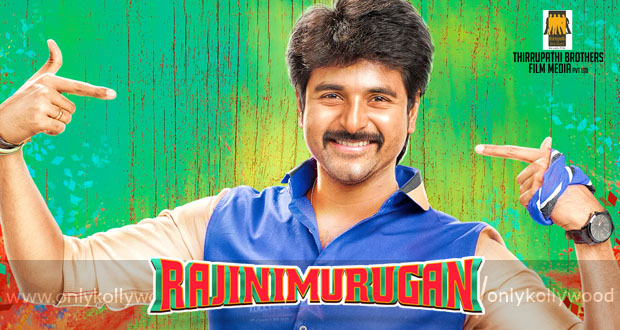