Arya’s Magamuni directed by Santha Kumar of Mouna Guru fame is targeting a September release. The makers have confirmed the same with an official poster. The project is currently in the post-production stage.

Produced by Gnanavel Raja’s Studio Green, Magamuni features Induja of Meyadha Maan fame and Mahima Nambiar as female leads. Thaman has composed the music for the project. Arya will next be seen in Suriya’s Kaappaan.

Indian 2 shooting to resume in Rajahmundry from August 19 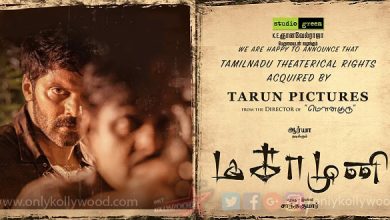