Reports are rife that Arvind Swami is in final talks to play the role of the late Tamil Nadu Chief Minister and actor MGR in Kangana Ranaut’s Thalaivi, the biopic of Jayalalitha directed by Vijay.

Kangana will kickstart shooting from the first week of October in Mysuru. The second schedule of the movie will happen in Chennai. Produced by Vibri Media, the film is being planned as a multi-lingual.

The film is co-written by Baahubali writer Vijayendra Prasad. 2.0 cinematographer Nirav Shah has been roped in to crank the camera and GV Prakash has come on board to score the music.

Suresh Kamatchi says STR is no longer associated with Maanaadu 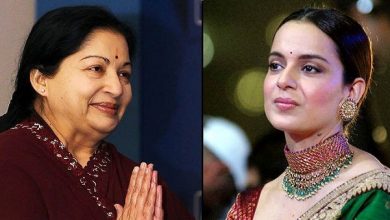