In recent times, Magizh Thirumeni could be connected with his deadly dubbing work for Anurag Kashyap in Imaikkaa Nodigal. But actually speaking, he is one of Tamil cinema’s underrated writer-directors with respect to the films that he has given us so far. Teaming up with Arun Vijay once again after Thadaiyara Thaakka, the man brings in Thadam, which could go on to join the list of the best thrillers from our industry. On a lovely evening, I got to spend some time with the filmmaker, discussing his mode of work, the road to Thadam and also working with Arun Vijay for the second time.

The film has Arun Vijay playing a dual for the first time in his career. The trailers have not revealed much, but what we can guess is that one of the roles seem to have a neat outlook, with the other being a tricky one. “Does he play the hero and the villain?” I ask, to which Magizh replies, “This might sound clichéd, but I believe there are no villains in real life. Each character has its motivations and reasons for behaving in a certain way. There is no formulaic villain in the film, but there is a guy who actually tries to create problems for Arun Vijay. Though he cannot exactly be called a villain, he serves a purpose in the story. Coming back to your question, the answer would be no.”

Thadaiyara Thaakka, Meaghamann and now Thadam – three films which can be put under the umbrella of a thriller. Magizh seems to have a generous fascination towards the genre but still has to try and differentiate each film from the other. Commenting on that, he says “Basically, I consider myself a writer. And as such, I would like to try out all the genres. In fact, my very first film Mundhinam Parthene was a love story with a good dose of comedy. I believe it was ahead of its time, and didn’t get a proper release. Thadaiyara Thaaka was a clear action thriller with a suspense factor. Coming to Meaghamann, it can be broadly classified as a thriller but it is more of a character study. In the same way, Thadam is a thriller but it has a legal aspect which differentiates it from my other films. It is a new premise for me, as well as for Arun Vijay. It is not an action film.” 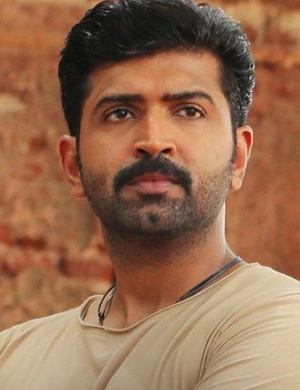 With Arun Vijay’s recent films which have all had him donning the image of an action hero, fitting him into a slightly different ‘investigative drama’ would have not been an easy job. The director too, mirrors the thought. “I hope that the ‘action’ image created for Arun Vijay does not work against our film. There are two fight sequences yes, but I can’t call it an action thriller. That may have come from Yennai Arindhaal, but if you feel that he has come out from his Victor zone here, that will make my day.”

Trying to dig into the writing process of Thadam, I ask him about how he went about writing it, being a film that involves a lot of clues and reveals. “The screenplay has been structured in such a way that the more clues there are, the more confusing the film gets. Each clue, instead of providing more clarity to the situation, will complicate it further and befuddle the cops even more. Incidentally, it is based on real-life events. I happened to stumble upon it, and the more I started digging into it, I found that there were many such cases. I found great potential for a screenplay in this, and that is what made me decide that it is going to be my next film.”

Magizh also tells us how he interestingly started off writing the film in a different genre, but later changed routes. “When I started writing Thadam, I initially rolled it out as a black comedy. To be honest, I love writing comedies as I feel it comes to me organically. But as I went deeper into it, I felt that at one point, the story started writing itself. It got darker, more realistic, and the comedy elements withered out. When I was done, this came off as a mix of many genres but the black comedy? It was gone, totally.”

Thadaiyara Thaaka happened back in 2012, and Magizh is now bringing out his next film with the same actor, 7 years later. We ask him if this reunion was planned, or came out of thin air. “I normally write scripts without any actors in mind. If we have somebody in mind while writing it, at some point, the intent digresses away. Post Meaghamann, I was actually supposed to do another film with Arya, I had even received the advance for it. Arun Vijay kept pinging 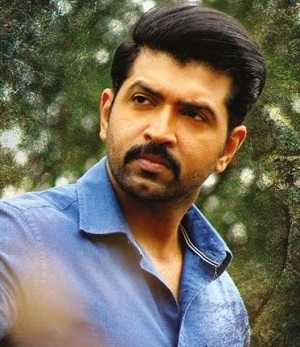 me for a script, and that’s when I put him through to Arivazhagan for Kuttram 23. Before starting that film, he called me again and told me – Sir, I am going to commit. But if you have a script ready, I’d like to do yours first. Thadam was ready by that time, and I felt that Arun would be able to fit into the script well. It has lengthy dialogues, dual roles and needs a lot of dedication. I decided to do the film with him then and there, and I’m very happy about the decision today. I believe that Thadam will bring out another facet of Arun Vijay as an actor, though we already know how talented he is.”

Speaking about the women in his films, we start off with Thadaiyara Thaakka which actually had a good role for Mamta Mohandas to play. But it was Meaghamann’s Hansika which was a largely criticized character, with a section of the critics and audiences calling it a childish piece of writing. I could not help but ask Magizh if he had to force a woman into his script there. And his reply, well, it changed my perspective of the film on the whole. Here it is.

“I’m glad you bought Hansika’s character up, because I feel that there is something that I need to clarify. There are a very few people who actually understood the character. Except for a few critics, many wrote it off as a ‘loosu ponnu’. I only had options of Hansika and Taapsee for my slot, and had to pick the former as I was not sure if Taapsee would fit the bill. Today, I look back at Meaghamann as one of Hansika’s better outings because of the lip sync and the realistic nature. Even though I tried a lot, I was not able to fully break out of Hansika’s image that she had at that point of time. You have to remember that I never portrayed her as role model to today’s girls. In fact, her own friend calls her ‘too shallow’ during one of the scenes. Now, I’m asking you a question.”

“At the age of 16-20, there are girls and boys who express their feelings in a very juvenile way. Right?”

“It is totally normal. The character is actually taken from real life. I never wrote it as a formulaic ‘loosu ponnu’, nor did I label it ‘love’ and glamorize it. Even Arya, in the last scene, calls it an infatuation and walks away. Many critics 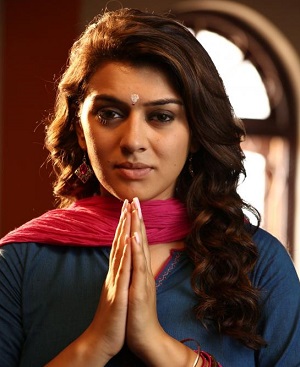 did not get the point. They made their job easier in writing it off as a clichéd character. To play the law of averages, I had a feminist role model in the script. It was the lady cop, played by Anupama Kumar. Even when the department wants to call off the investigation, she is the one who stands her ground and proceeds with it. Just because she didn’t dance around trees, people overlooked her. To me, she is the one who draws a parallel with Arya’s character in the film.”

“Coming back to the question about forcing women into the script, I have not reached the stage where I can break all barriers. I am still limited by business compulsions, because it is not my money. It is very fair for the producer to have some sort of an insurance in terms of his presentation. That having been said, I don’t bow down too much. In Meaghamann, the point about giving way to Hansika’s character would have been a slight business compulsion, but it did bring out another part of Arya’s character. Arya’s world is absolutely dark, dog-eat-dog, man-eat-man and crime-invested, while Hansika’s world is bubbly, sunny and happy but at the same time, ‘safe and protected’. What I was trying to juxtapose is that, only because of unnamed heroes like Arya who give it their all to protect the society, are people like Hansika able to live freely.”