Prem Kumar, the director of the super hit film 96, has trashed all allegations leveled by assistant director Suresh, who in a couple of interviews to the media, had recently claimed that his story had been used to make the hit film, featuring Vijay Sethupathi and Trisha in the lead.

Providing credible evidence at a press conference on Thursday to prove that 96 was indeed his story, PremKumar presented all the rough drafts, his notebook in which he had handwritten the story, a copy of his script registered with the South Indian Film Writers’ Association among several other documents for the scrutiny of the media personnel present.

Several other directors including Thiagarajan Kumararaja, Balaji Tharaneedharan and Marudhu Pandian too were present on the occasion to express solidarity with director Prem Kumar.

Addressing the media, Prem Kumar said, “I have penned the story of 96. I registered this story as 96 with the South Indian Film Writers’ Association in April 2016. It was only after having penned this script completely did I even take up the story for discussion. I first told this story to Balaji Tharaneetharan and then to Vijay Sethupathi and then to producer Nandagopal.”

The director said he narrated the script to a number of friends including director Thiagarajan Kumararaja. He said he had a discussion at home which was attended by friends, including director Balaji  Tharneetharan, Baks, cameraman Saras, and Marudhu.

The director pointed out that several advertisements had been issued by the 96 team. From the point when the design of the title was first released till the time the film released, it was advertised several times. Nobody raised any complaints during this entire period, Premkumar said and pointed out that after a week after the film released and it became clear that it was a hit, a person identified as Vichu, alleged on Facebook that this was his story.

“How can one story be stolen from two people?,” Premkumar asked.

The director pointed out that the person, identified as Vichu, had asked how a cameraman could direct or write? “I don’t know what sort of a question that is because in this very state of Tamil Nadu, Balu Mahendra sir, who was a cameraman, wrote,  directed and even acted.  I have presented my evidence before you. I have presented before you all the notebooks, documents and records of what all I have written and from where this story of 96 came. Vichu’s  case started when it became evident that the movie was a hit. Suresh’s case started when  it became apparent that we were in talks to sell the remake rights in Telugu.”

Premkumar also went on to say , “I hereby firmly state that there is no credible evidence whatsoever for the baseless allegation that Suresh, assistant director of director Bharathirajaa, has levelled against director Marudhu Pandian, who has directed two films – namely Chennai Ungalai Anbudan Varaverkirathu and Asuravadham.  I penned this story first in my rough drafts and then it was put in a  notebook which has been bound. It was only after this that I narrated this story to Marudhu Pandian. On listening to my story, Marudhu Pandian never said that Suresh had narrated a story that sounded similar to my story. If indeed there were similarities, Marudhu Pandian would have said that he had heard a similar script. But that was not the case.”

Further, director Premkumar said that he had declined to go to director Bharathiraja’s place on their invitation as he did not find that to be appropriate. He said a body called the South Indian Film Writers Association was there to resolve such conflicts and that the aggrieved party could have taken the issue there or they could have initiated legal proceedings, if they had the requisite evidence. However, not opting for either of these options, they were looking to defame and had caused a lot of mental trauma.

Premkumar also pointed out that Suresh had claimed that he had evidence of sending e-mails with his script. The director wanted Suresh to present that evidence for scrutiny. The director also pointed out that if someone was levelling an allegation that that their story had been stolen, the first thing they would do is produce their story to the scrutinising authority and ask them to check if their story and the story of the person who they said had copied were one and the same. “Suresh has not produced any such evidence or anything as his script so far for scrutiny. None of them have presented any credible evidence  on their behalf so far,” Premkumar said.

96 Music Director Govind Vasantha to score music for Siddharth's next 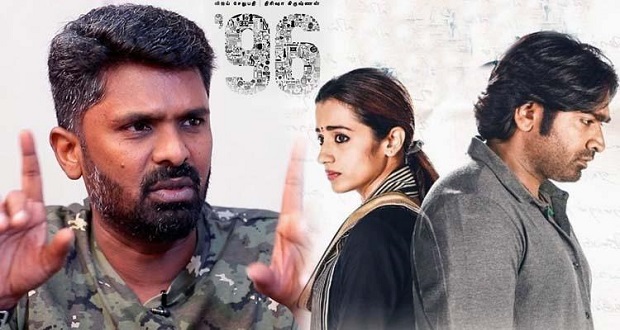 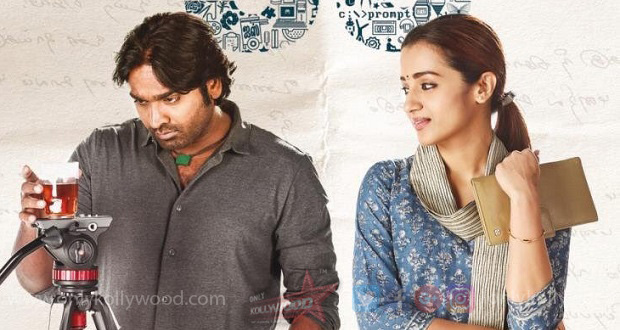 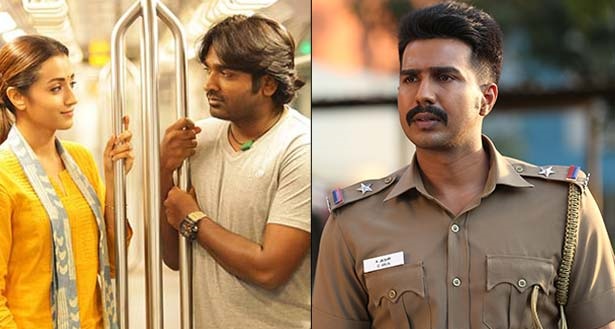 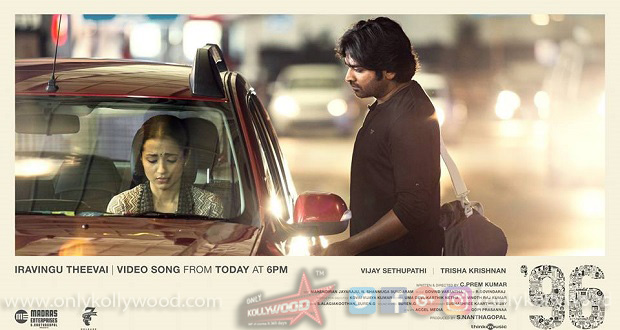