Everywhere you go in Tamil Nadu, there’s one man who’s the people’s favorite, and that is Sivakarthikeyan. Finding his way up from the nooks of television, he has totally built his career graph by playing to his strengths right, and experimenting within boundaries as well. With five films in hand at the moment, SK is one of the busiest stars in Kollywood. Thankfully so, we at Only Kollywood got to interact with him right before the release of his Mr. Local. Down below, are excerpts from the interview.

Compared to the other films in the pipeline, Mr. Local seems to be a light-hearted, full-fledged entertainer.

Yes, Mr. Local is a simple and jolly film. If you’d ask me, it is the perfect film for the summer season. As a family, everybody will be able to enjoy it. Youth, kids or elders, they will find something to connect with in the film. It’s a good warm-up to the new string of films which I’m believing in. 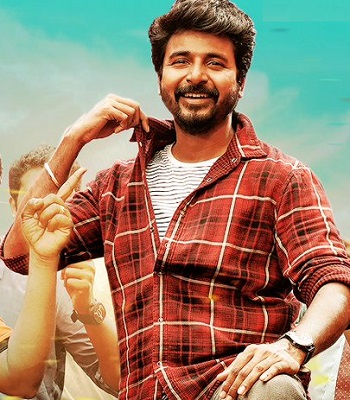 How did Mr. Local come together? Is it a result of the intention to return to the boy-next-door image?

Even before Seema Raja, we had started work on this one. Rajesh is somebody who can pull off middle-class household scenes very well, it is his strength. There was clearly no intention to force myself back into the space, it just happened eventually.

Comparisons with Mannan have come off recently. Your thoughts on the same?

Mannan has more emotions and is definitely more serious. Style, confrontations and other things made it a proper mass movie. Mr. Local is more relatable to SMS when you want to compare, you can call it an upgraded version.

At the press meet, Robo Shankar spoke about the space that you provide to other comedians in the frame. Is there any knack you have, to execute comic timing without overshadowing the co-artists?

In Rajesh’s films, comedy is the first priority. In such films, it is very important to give enough space to the comedians who accompany me. They only come for ten scenes each, while I have songs, fights and few other default sequences to work on. On top of all this, all of them have great talent. I saw Irumbu Thirai in Madurai, and was overjoyed to see the response that Robo Shankar had gathered through his comics. And Yogi Babu, he needs no introduction. If and when you watch Mr. Local for the second time, you will realize and enjoy their comics even more. At the end of the day, it is our film and it has to connect with the audiences. That’s all.

A little bit about Hero, your film with Mithran.

It is definitely a very important film that deals with a ringing social issue. The team is very clear with what they need. If you see, George and Mithran have a superb chemistry. For me, my work is cut out straight, I don’t even have to dive deep into it and keep a track of what’s going on. After Velaikkaran, it will be another film that deals with a strong topic.

Your film with Pandiraj has a huge battalion of actors and is set in the village side. Will it be similar 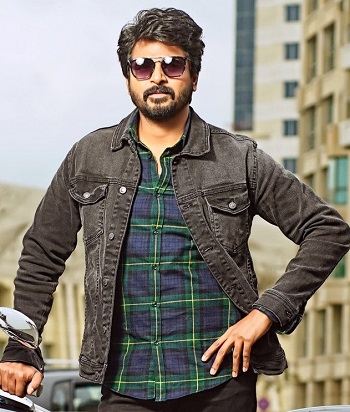 It is a family film on the whole, so it will obviously be on the lines of Kadaikutty Singam. However, the emotions in this film will be handled differently. We have a huge star cast on board, and each one of them will be relatable to the audiences in some or the other way.

What kind of a film is the Vignesh Shivn directorial? The first look had a really cool phone on it, so people have been arriving at various things.

Well, it is a youthful rom-com, and will start only after I get done with all my current commitments. Vignesh Shivn and I were supposed to work on a film for Studio Green, but he came up with this idea a little later on. So we decided to proceed with Rajesh for Mr.Local instead. Glad that it is happening now, finally.

Is your project with director Siva happening? Siva and Siva would be a great trending tag to get going with.

Yes, we have been in talks for quite a while. It is a complete entertainer that ticks all the boxes such as action, comedy, romance and so on. But it will take time to materialize, as we are caught up with other projects. Personally, I am a huge fan of Siva sir. He is one of the sweetest people around. If he’s ready to go after the Suriya sir film, I am ready too.

Mr. Local hits the screens worldwide on the 17th of May. We wish Sivakarthikeyan a fantastic outing at the box office, and hope he keeps entertaining us through all his upcoming films.