After an old video of Sathyaraj’s controversial speech against Kannadigas in the Cauvery row went viral, various fringe groups in Karnataka are hell bent on banning the film’s release in the state until they receive a public apology from the actor. With only a week to go for the film’s release, SS Rajamouli, through a video message, has made an earnest appeal to Kannadigas to let the movie see the light of day.

“Under the banner of Arka Mediaworks and under my direction, Baahubali – The Beginning was loved and encouraged by all of you, for that we are grateful and remain loyal to you. You all watched Baahubali – The Beginning and encouraged us. And now Baahubali – The Conclusion is ready for release. As you all know, in this movie Mr. Satyaraj plays a vital role and his words causing distress to the Kannada people is something we were made aware of recently. I believe that it’s my responsibility to talk about this situation. His work in the movie and what he said are not related. It was his personal opinion. He is not the producer of the movie. Story, screenplay, dialogues and direction are not departments that he was a part of or had any say in. He is an actor who essayed a role with us and that is all. Again. What Mr. Satyaraj said is his own, personal, opinion and has no bearing on the film.
We are not endorsing or showcasing his personal opinions in our film. This is what we believe and would like you, our fans and well-wishers, to understand. Taking this as a responsibility upon ourselves, we, i.e. Arka Mediaworks and I, called Mr. Satyaraj over the phone, where we explained the situation to him. Beyond this, we don’t know what to do. What Mr. Satyaraj said was 9 years ago. After which, many films that he acted in and produced were released in Karnataka. Even part one, Baahubali – The Beginning, was released and was supported by all of you and in the same way, I am hoping you will support us when the second part releases. If you stop the screening of this movie, please understand that Mr. Satyaraj will not be affected in any way. The people who will be affected are the ones who worked on the film over the last five years – the technicians, the crew, the producers, and the Karnataka distributors; not to mention all the movie lovers who appreciate good cinema.
From my first movie, Student No 1 to Baahubali, you have always supported and encouraged me. For that, I am humbled and grateful. So this is my appeal to you all – If you are upset with Mr. Satyaraj, please don’t let that affect your love and support for Baahubali. I hope and wish that our Kannada movie lovers will accept and support Baahubali – The Conclusion. I want your love and support for me to continue for as long as I make films,” told SS Rajamouli.
April 21, 2017
2 minutes read
Share
Facebook Twitter Pinterest WhatsApp Telegram
Share
Facebook Twitter Pinterest WhatsApp Telegram

"I have already prepared the story of Ghilli 2," says director Dharani 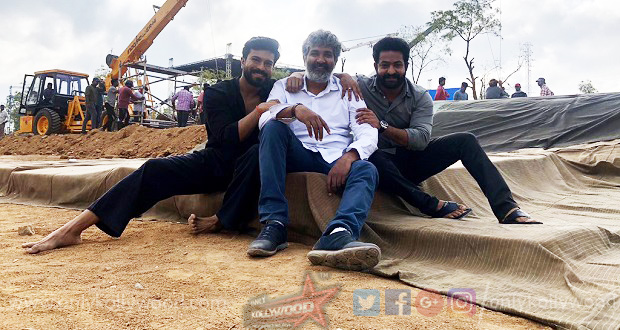