The grapevine in Kollywood is abuzz with reports that Thala Ajith’s Nerkonda Paarvai TN rights have been bagged by Gemini Film Circuit for a whopping price. Gemini has been absent from the movie business since the disastrous performance of Mani Ratnam’s Kadal in TN and their Madha Gaja Raja has been waiting in cold storage for nearly 7 years due to financial issues.

Sources say if Gemini Film Circuit gets hold of Nerkonda Paarvai release, there might be trouble for the film since the creditors who lent money are likely to receive a stay on the film. We have to wait for an official update from the team. Directed by Vinoth of Theeran Adhigaaram Ondru, Nerkonda Paarvai is jointly produced by Boney Kapoor and Zee Studios. The film is set for release on August 8th worldwide. 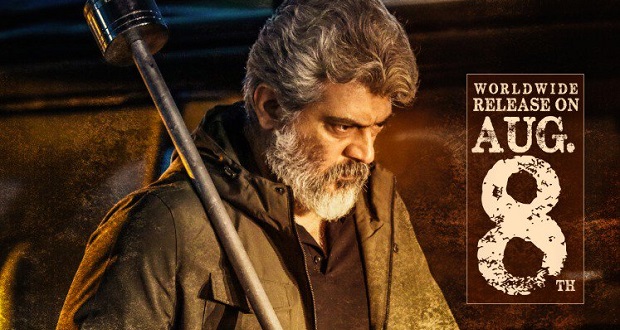