Ilaya Thalapathy Vijay – AR Murugadoss film which was commenced last month is briskly progressing in Hyderabad is well known. There were some speculations on the movie plot and gossips on the film title earlier. The director then cleared them as rumors and requested the fans to wait for the excitement nearing.

AR Murugadoss himself has announced now that the film has been titled “Kaththi”! The duo’s earlier blockbuster was Thuppakki and with Kaththi, we can expect the same gripping class-action film.

Kathithi has Samantha pairing Vijay for the first time and the actress is very happy with the movie progress and highly confident on the film’s success. Bollywood actor Neil Nitin Mukesh is playing the negative role in the film. Music is by Anirudh, Cinematography is by George C Williams, Editing by Sreekar Prasad, Story – Screenplay – Dialogues – Direction by AR Murugadoss and Produced by Ayngaran International in association with Lyca Productions Pvt Ltd. This much awaited flick of the year is scheduled to hit the screens on Diwali day, October 23rd 2014. 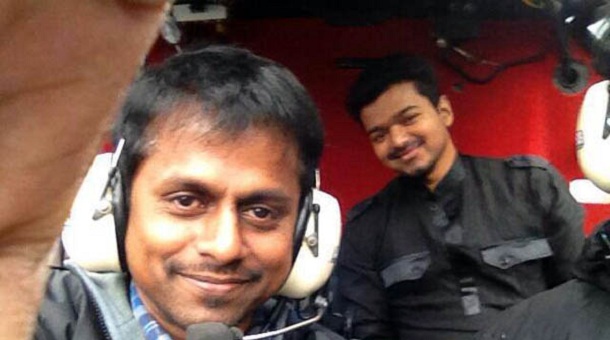 All set for Vijay & AR Murugadoss