Bollywood filmmaker Anurag Kashyap, who impressed Tamil audiences with lethal performance as Rudra in Imaikkaa Nodigal, is the latest to shower praise on Vada Chennai.

#vadachennai the most original
Gangster film I have seen and so simply achieved .. @VetriMaaran you are consistently an amazing filmmaker .. one of the best we have .. @

Kashyap, who had paid tributes to Ameer, Bala, and Sasikumar in his film Gangs of Wasseypur, had expressed shock that Rajan character was played by Ameer in Vada Chennai.

#andreajeremiah #Samuthirakani @dhanushkraja and the actors who played Senthil, rajan and padma .. just so brilliant #vadachennai . And that actor who plays the brother Kannan , in the scene where he stands up for Anbu against his father .. so much to talk about

Navjot Gulati, the writer of Hindi film Running Shaadi, also raved about the film, which has become Dhanush’s career-best movie at the box-office.

Saw #Vadachennai thanks to @anuragkashyap72. The most definitive gangster drama ever. Just when you thought that nothing new could be done with the genre,VetriMaran makes this gem. Some fabulous set pieces and a crackling performance by Dhanush but the star is Andrea❤️

“Running length of Genius is 100 minutes, but each scene will have a deep impact," says Suseenthiran 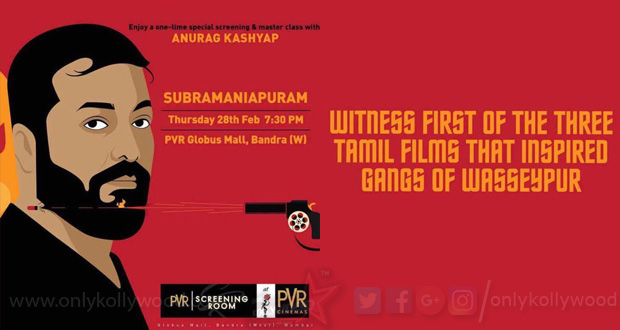 Anurag Kashyap to attend a special screening of Sasikumar’s Subramaniapuram