An impressive family drama that ticks most boxes!

At a time when Tamil cinema is strongly concentrating on content and social issue based films, director Sasi brings back a commercial entertainer that quenches the thirst for a solid family drama. With three great performances and a handful of solid situations, Sivappu Manjal Pachai is an impressive, engaging film that will keep you pinned for most parts.

The film is bent on the rivalry between a traffic cop (Siddharth) and a bike racer (GVP) who happen to come under the same roof thanks to the racer’s sister (Lijomol) marrying the policeman.

This sets up a smashing tug of war between the two men, who do not bury their egos easily. Sivappu Manjal Pachai makes use of this plot line to churn out some really inventive familial sequences, which make you connect with the characters and enjoy their journey.

There is melodrama, but it is in control until the overdrawn climax which is the only niggle in an otherwise neat film.

Siddharth looks super smart even after all these years, packing in the stiffness and brain of a traffic cop in the right way. It’s another really good pick for him, giving himself enough space to score as an actor. On the other hand, GV Prakash is equally good, living up to the role and scoring well in the emotional sequences as well. It’s definitely a step forward for the actor in him, and he should look to do such films of quality hereon. Lijomol is a welcome addition to the film, as she catapults a proper act to the film, showcasing the pain of being torn between the two men. Kashmira is a decent fit to the role, being the fourth person in the frame. It is only Madhusudhanan’s character in the film that could have been avoided, as his sub plot doesn’t stick in nicely.

Technically, Sivappu Manjal Pachai is neat with good cinematography and even better music that complements the proceedings. Sasi once again proves that he has a knack to film songs very aesthetically, without breaking into the tune suddenly.

On the whole, Sivappu Manjal Pachai is a very satisfying watch that keeps its entertainment and emotional baggage in check but for the last twenty minutes. There is a lots to like in the film despite its humps and bumps. Kudos to Sasi for bringing back the commercial entertainer of the olden days without tiring out the viewer too much.  Siddarth Srinivas 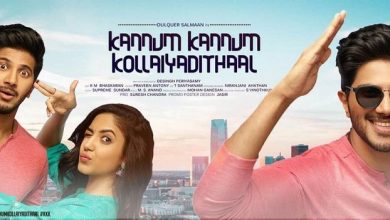