Sivakarthikeyan’s third production after Kanaa, and Nenjamundu Nermaiyundu Odu Raja, has been titled Vaazhl. The first look poster and the title was unveiled by Sivakarthikeyan on his Twitter page yesterday.

On my Appa’s birthday & with his blessings releasing the first look of our @SKProdOffl ‘s third film #VAAZHL #வாழ் written and directed by my dear thambi @thambiprabu89. Hope you all will give the same love and support like our previous films 👍😊 pic.twitter.com/8qFMRpQ93l

Vaazhl features a bunch of newcomers and is directed by Aruvi helmer Arunprabhu Purushothaman. Sivakarthikeyan and Arun are cousins and the latter had shared the idea of Vaazhl with Siva seven years back. The team is also pinning hopes on international film festivals to get the film the much-needed attention. 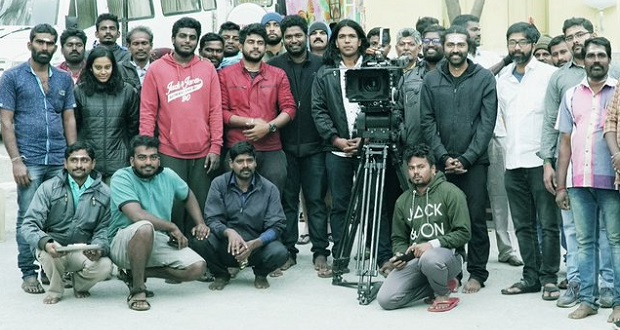