The pooja for Sarathkumar’s forthcoming film Sandamarudham happened today with the cast and crew. The film is directed by A. Venkatesh who has earlier donned the megaphone for Sarath’s Aai, Chanakya and Mahaprabhu and jointly produced by Radhika Sarathkumar and Listin Stephen for Radaan Media and Magic Frames. Radhika and Samuthirakani are playing pivotal roles in the film along with Kadhal Thandapani, Radharavi and others.

Sarathkumar plays a dual role in the film. It also marks A. Venkatesh’s 20th film in his career. The film is tipped as an action entertainer and has music by James Vasanthan. The story is penned by Sarath Kumar himself whereas the screenplay and dialogues will be written by Rajesh Kumar. The team kickstarted shooting today in Mylapore’s Apparsamy Temple. 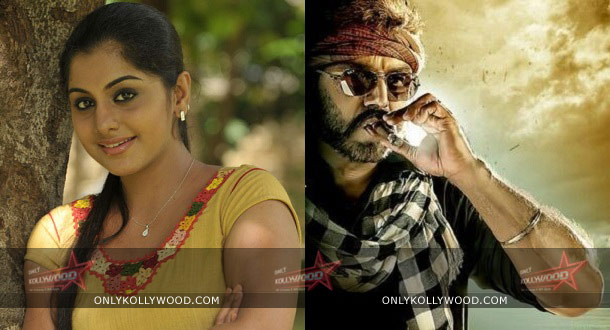