The shooting of Sasikumar’s Nadodigal 2 has been wrapped. The final lengthy schedule of the film directed by Samuthirakani was completed in Madurai. Meanwhile, Sasikumar has confirmed on his Twitter page that he will team up with Kani again for Nadodigal 3.

Directed by Samuthirakani, Nadodigal 2 features Anjali as the lead heroine. Athulya also plays an important role in the movie, which is produced by Madras Enterprises. Justin Prabhakaran composes the music for the film.

Viswasam next leg of shooting to happen in Rajahmundry 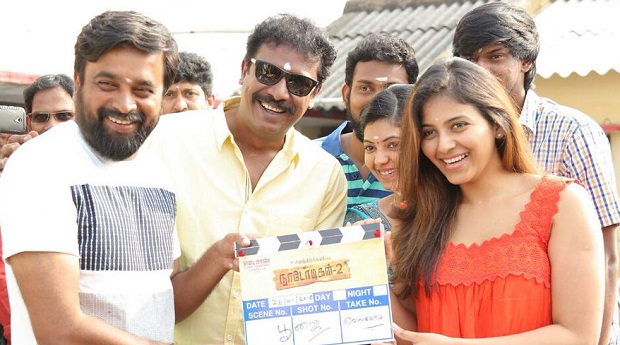