A smashing set of cool and classy numbers!

Addictive kuthu beats from Anirudh with minimal impact from the lyrics, the flute portions are the most enjoyable. Somewhere, there’s a slight disappointment that it could have been converted into a proper kuthu track, but this is still worth the grab for the infectious energy that it brings. Our PICK.

Techno love at its best, as this is a song that sticks in your head right from the first listen. Indees a perfect choice by Anirudh to go with Yuvan for the vocals, as there’s simply nobody who could’ve done it better. Also, there’s something special about a male voice expressing the feelings of a woman, and that’s where Vignesh Shivn’s lines get space to score. Another instant PICK.

Anirudh keeps it very simple and lets Thalapathy Vijay and Arunraja Kamaraj do the talking – there’s no story as such but this song is all about useful gyaan and how it could be put forward in an entertaining manner. The lazy elegance that it brings is such a treat. Of course, the third PICK in a row.

Anirudh has simply Master-ed the knack of picking up catchy hooks, and Vignesh Shivn once again makes it so hard-hitting and relatable. A terrific number that has a lot of style going for it too, it would be fair to call it a new-gen message song. Our next PICK.

Basic stuff that has no great shakes, but it is intriguing to see how it’s going to be pulled off in the film.

Local beats are back in the frame, as Anirudh adopts a lethargic setup with Santhosh Narayanan’s vocals making it feel like one of his own. There are some good celebratory lines in here by Vishnu Edavan.

The most emotional track of the film, as it gets into you with the strong lines that help you visualize the sorrow. The jail-like setting is expressed through the musicality, and that’s where the song stands out too.

Bloody beast of a rap track from the Arivu – Anirudh combo. Arivu’s speed is excitingly swift, and there’s a hummable ‘Thara rararara’ bit that ups the ante. Parts of it do feel frantic, but the end result is very satisfying. Our PICK.

Master brings a set of variant, stylish numbers in one bag, resulting in a splendid album that is hard to stay away from. There’s a great balance of motivation and elevation, and it has been meticulously strung together by Anirudh, who makes winning choices for the renditions. In an album that is almost devoid of love songs, built on a mass image and features a long list of tracks, Anirudh has succeeded in keeping our attention knit together and ultimately delivering what was promised as well. Though one may take some time to warm up to some of the songs, they are truly here to stay. Master Songs Review by Siddarth Srinivas 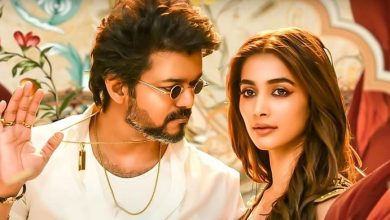