Mani Ratnam’s next film, which was supposed to kickstart yesterday, has been postponed for a week and will go on the floors from October 6th. PC Sreeram, who planned to wrap up Dhanush – R. Balki’s Hindi film Shamitabh last week, was held up with a pending song shoot of Shankar’s I and is bidding adieu to Shamitabh only tonight.

Touted to be a breezy romantic tale, this yet-untitled project features Dulquer Salmaan in the lead role. PC Sreeram and Mani Ratnam are joining hands after the magical Alaipayuthey, a trendsetting romance film. We earlier reported about their reunion here. Nithya Menen is the running for the female lead, says a source in the know. AR Rahman, Mani Ratnam’s trusted protege, will compose music for the film.

Jiiva is wary of trolls in social media 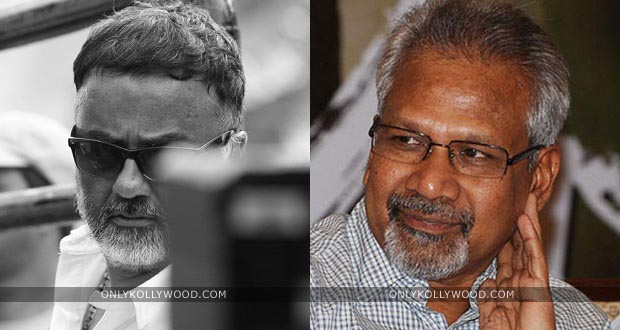 Mani Ratnam gathers the magical Alaipayuthey team for his next; PC Sreeram joins