That Ilaiyaraja rarely watches films is a long-known fact. But according to R. Parthiepan, Kathai Thiraikathai Vasanam Iyakkam is the first time Ilaiyaraja watching a film which doesn’t have his music. Parthiepan confirmed this on his official Facebook page. Raja watched the film in a private screening yesterday. Dhananjayang Govind of UTV Motion Pictures, who played a brief cameo in the film also attended the screening.

Regarding the answer for film’s climax, “Reading some questions on what was the answer given to the Director in #KTVI.. in the end, the Director is shooting the song. That means YES,” posted Dhananjayang on his Twitter page. So, there goes the much anticipated answer, guys.

Here is the video of Ilaiyaraja shares his views about KTVI. 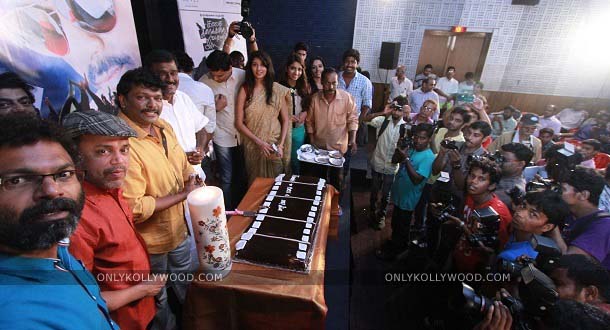