Hansika’s 25th film in Maha, the upcoming action thriller directed by UR Jameel, has just got done with the first schedule of shoot. The team was recently in the news for its controversial poster which showed the actress smoking a chillum.

Speaking about the project, producer Mathialagan says “Yes, I am so much happy as a producer to see the team rigorously working. The first thing that excites a producer is when the crew keeps up the promise over deadlines. I am so pleased over the discipline and commitment that filmmaker Jameel, Hansika Motwani, cinematographer Lakshman and everyone in the team. Usually, there would be certain entitlements placed on talented artistes and technicians like Director’s actor, Producer’s director. But I am blessed to have a Producer’s team, which has been constantly working with huge responsibility. This is imparting a sense of a positive feeling in me, where I can foresee finest outputs now itself.”

Superstar Rajinikanth flies to New York for a brief vacation 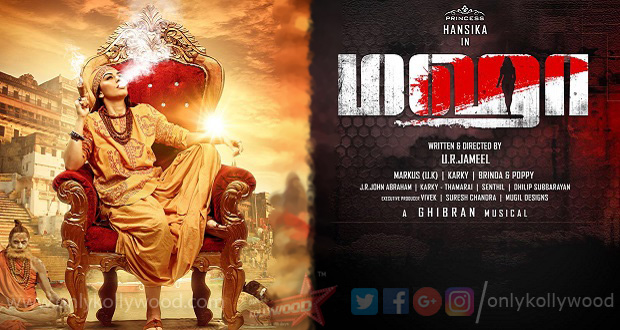