Director CS Amudhan, who made a rip-roaring debut with the spoof film Tamizh Padam, has finally moved on from his sophomore feature Rendaavathu Padam which has been lying in the cans for a long time.

Now, he has announced his next project titled Tamizh Padam 2.0. A formal pooja for the film was held in the city yesterday. Produced by Sashikanth under his home banner YNOT Studios, the film stars Shiva and Iswarya Menon as leads.

Disha Pandey, who played the female lead in the first part, has also been retained for an important role. Sathish, Santhana Bharathi, Manobala, Nizhalgal Ravi, Chethan form the supporting cast. 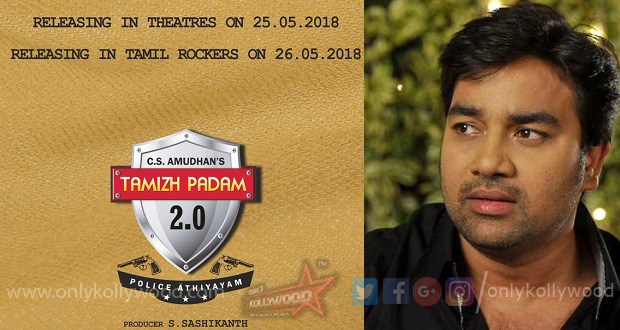