The first schedule of the bilingual film, starring Arjun, Prasanna and Varalaxmi in the lead roles, will begin from 3rd week of November in Bangalore and the remaining schedules will be shot in Chennai. Produced by Passion Film Factory and directed by Arun Vaidyanathan of Achamundu Achamundu, the movie is billed as a cop thriller.

Arjun will be essaying the role of an intelligence officer. The movie also has Suman, Suhasini Maniratnam, Vaibhav and Sruthi Hariharan in important roles. Arun Vaidyanathan has penned the dialogues and screenplay along with writer Anand Raghav for this multi-starrer. While Arvind Krishna takes care of cinematography, Navin of Kalyana Samayal Sadham fame will compose music. 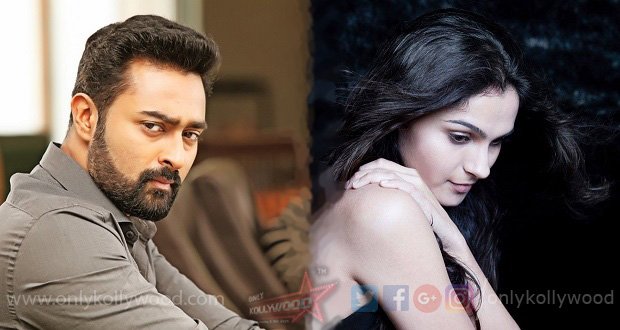 Prasanna and Andrea to team up for a suspense thriller?