10 Endrathukulla takes a grand opening and grosses 6.5 Crores on day 1 in India. Trade sources peg the numbers in Tamil Nadu alone at approximately Rs. 5 crores and the rest is from Karnataka and Kerala put together. This is the biggest opening for Vikram of all time, after Shankar’s  I.

“The film captured 70% of the Tamil Nadu Box Office yesterday, despite another release and few other Tamil films running successfully. With a 5 day weekend, and the outstanding word of mouth, the film is expected to have a huge weekend and give Fox Star Studios and AR Murugadoss another hit after teaming up for 3 back to back blockbusters,” reads a statement from Fox Star.

The movie has opened to average reviews from critics and audiences alike.

“10 Enradhukulla is not a particularly experimental film,” says Vikram

10 Endrathukulla to release in 1000 screens worldwide 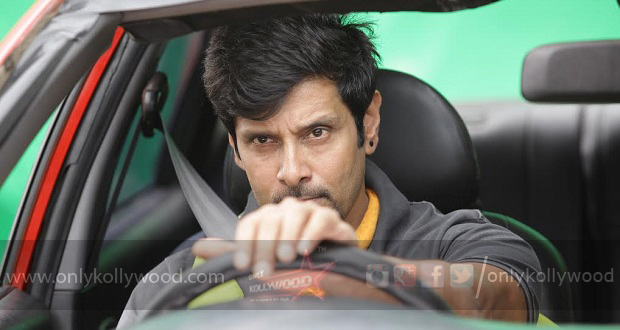 “10 Endrathukulla will be like my earlier movies Dhil and Dhool,” says Vikram

A clean U certificate for 10 Endrathukulla