After ‘Neer Paravai’, National Award Winning Director Seenu Ramasamy’s next is with Vijay Sethupathi and Vishnu which is titled ‘Idam Porul Eval’. Now the exciting update on the film is, Music Director Yuvan Shankar Raja and Kaviperarasu Vairamuthu are coming together for the first time ever as per the interest made by its director and producer! Making it special, the legendary lyricist is penning all the songs for this film and is undoubtedly an added highlight. It is worth mentioning here that, Vairamuthu’s penned song for Seenu Ramasamy’s maiden directorial film ‘Thenmerku Paruvakatru’ won the National Award for the song, Kalli kaatil pirantha thaaye..

Idam Porul Eval shoot will be kick started in February at Kodaikanal and will be produced by Director Lingusamy’s ‘Thirrupathi Brothers Private Limited’. 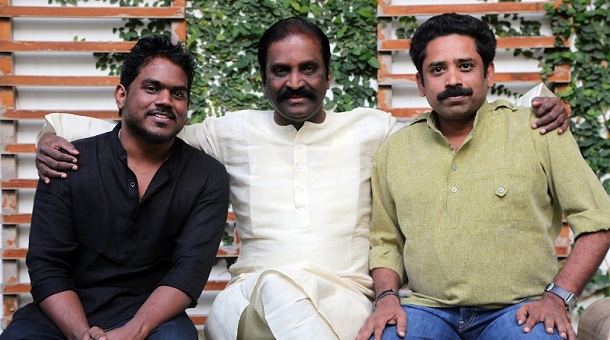