A speedy and engaging action fare that satisfies!

Sam Anton’s films are some that always keep it going with entertaining episodes one after the other. The director is back to the thriller space once again with Trigger, in which he joins hands with Atharva once again after the success of 100.

Trigger picks up the child trafficking space for its theme, something that is very common in today’s times. However, the internal affairs angle that Anton brings in is interesting, and that pushes up the interest factor in the film and keeps us pinned in the first half of the film. The director also ensures that there are plenty of action sequences which are shot in an interesting fashion, and they smack up well together. In the second half however, the film gets a little deeper into the content and that’s where the familiarity kicks in. However, the film does work out on the whole and turn out to be a decent watch.

Atharva does a neat job in the role of the undercover cop, and excels in the action sequences which are tailor made for him. The film has a good support cast that has Arun Pandian, Tanya Ravichandran, Vinodhini and others but it is really Atharva who makes an impact in the film.

Krishnan Vasant’s cinematography gets innovative in the stunt sequences, as he uses a lot of unique POV shots that get the job done well. Gibran is another hero of the film and his energetic BGM amps up the proceedings of the film in a superb way.

On the whole, it is clear that Sam Anton has taken a good amount of cinematic liberties for Trigger, but he has indeed presented the film in an entertaining manner that works out as a fine watch for the audiences.  Trigger Movie Review by Siddarth Srinivas

Final schedule of Pathu Thala to take off next week? 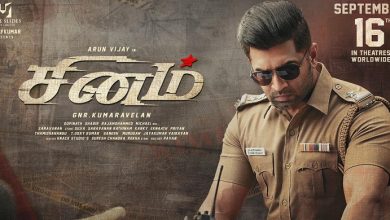