In a recent interaction with Rangaraj Pandey of Thanthi TV, Kamal Haasan revealed he will be doing Thevar Magan 2 as speculated by the media earlier.

“Thevar Magan 2 and Indian 2 will be my next two projects. Don’t think I can act more since I have a lot of responsibilities up my sleeve in politics. I can’t tell exact release schedule of these films,” said Haasan who is expected to start shooting for Indian 2 with director Shankar from December. The movie is produced by Lyca. Details on the director and production of Thevar Magan 2 are yet to be announced. 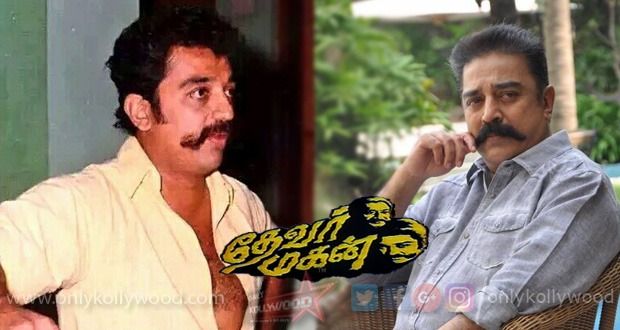