Set in a political backdrop, Pugazh, starring Jai and Surabhi in the lead, is progressing at a brisk pace. It is directed by Manimaaran of Udhayam NH4 fame and the story is said to be the rise of an underdog, Jai. “In the first half, I boss over Jai. As the story progresses, I become more caring and kind. It’s a fun character to play,” says Surabhi who plays an aggressive, belligerent girl in the film.

Produced by Film Department in association with Radiance Media, Pugazh has RJ Balaji and Karunas in pivotal roles. Marimuthu of Aarohanam fame plays the antagonist.

Shaam talks about the most admired thing in Purampokku 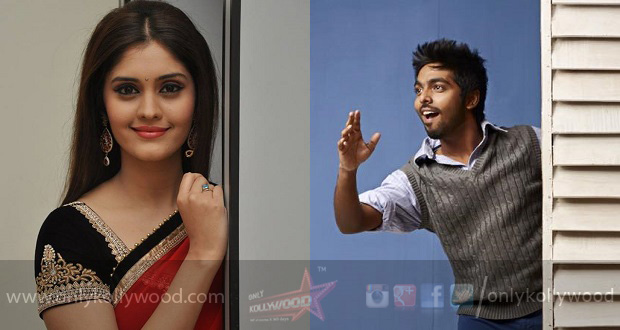 GVP and Surabhi pair up for Adangathey 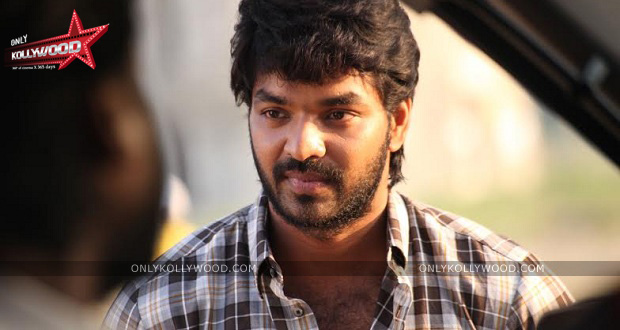 “Vetrimaran had suggested Pugazh to me,” reveals Jai 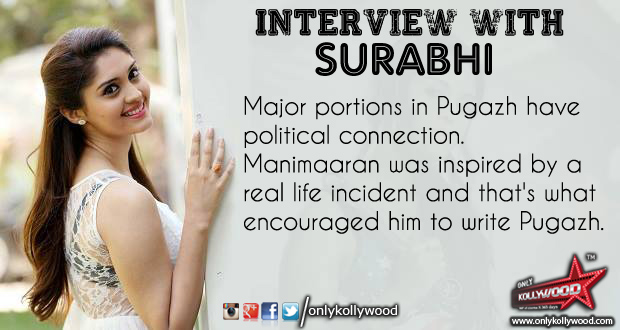 Surabhi talks about her role in Pugazh and Jai 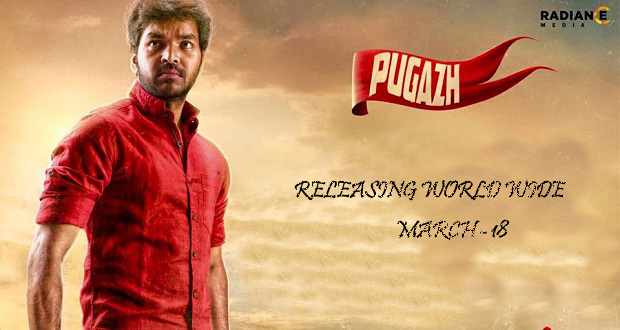