The darkhorse of this Diwali race, Hari’s Poojai has been wrapped up with the final song shoot completed in Zurich, Switzerland. The audio launch of the film is scheduled on October 1st and it is one of the expected albums since Yuvan Shankar Raja has had a lackluster run this year. Yesterday, we reported about the leaked tracklist of the film here. The film also Vishal’s newly floated music label V Music’s debut album.

Post-production work is already underway with Hari supervising the work to get the film ready for Diwali. Produced by Vishal Film Factory, the film will be presented by Vendhar Movies. The business has kickstarted and few areas in Tamil Nadu are already sold, says a trade insider. Poojai will take AR Murugadoss – Vijay’s Kaththi head-on at the box-office for Diwali. Whether Shankar’s I too joins the race or not will be confirmed in the upcoming weeks. Stay tuned! 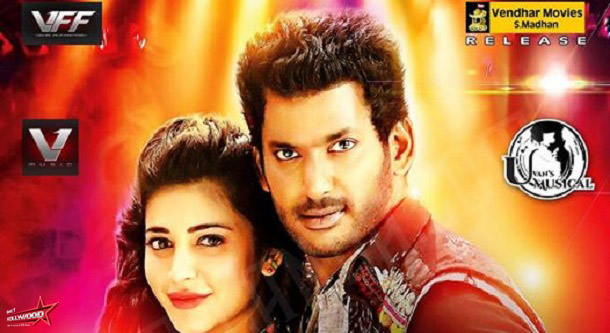 Poojai to release in 350 screens; biggest release for Vishal! 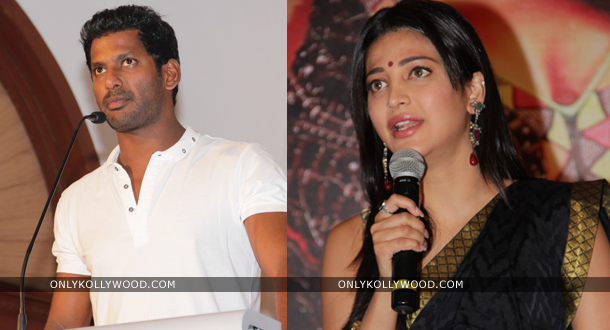 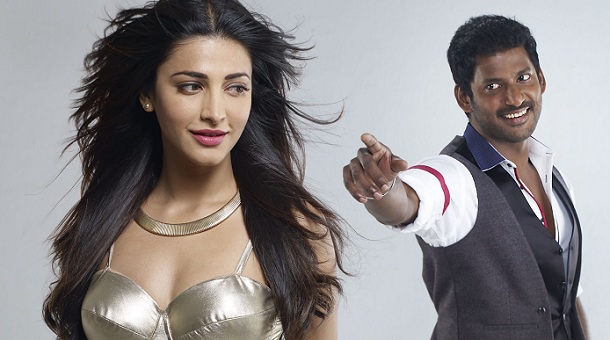 Vishal is all praise for Shruti Haasan