So it’s double delight for Vishal and his production house VFF.  Sources  mentioned  that Vishal’s dark horse Diwali  release Pandiya naadu satellite rights has gone for whooping  amount of ₹10 cr to Raj Television Networks. Vishal is all in joy and visiting theaters in major cities in and around Tamilnadu, thanking fans for the awesome response for his comeback film. Next on card for the actor is his long awaited & ready to release Madha Gaja Raja which is eyeing to release on January 2014. It may be mentioned, Vishal already announced his next flick with Director Thiru for the 3rd time which has been titled Naan Sigappu Manithan and it will be produced by the actor himself under his banner VFF along with UTV. 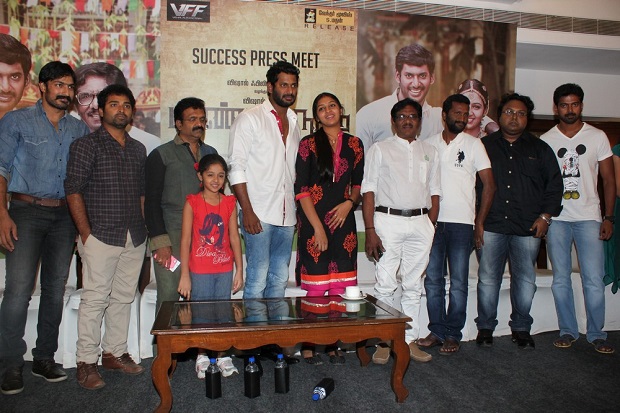