Share
Facebook Twitter Pinterest WhatsApp Telegram
AMR Ramesh who is known for his out-of-the-box attempts such as Kuppi and Vana Yuddham returns to wield the megaphone for Oru Melliya Kodu, which features Arjun and Shaam in the lead. The film also marks the comeback of actress Manisha Koirala, who has a pivotal role to play. Isaignani Ilaiyaraja will compose the music for this venture, which went on floors recently. It was earlier titled as Game.
Speaking about the film at the pooja, Shaam exclaimed that the film is a double hero subject with equal weight-age for both the roles. “Oru Melliya Kodu is an interesting crime thriller on the thin line between the good and the bad of an individual. The director has come up with an engaging screenplay,” said Shaam with a smile on his face.
February 22, 2015
1 minute read
Share
Facebook Twitter Pinterest WhatsApp Telegram
Share
Facebook Twitter Pinterest WhatsApp Telegram 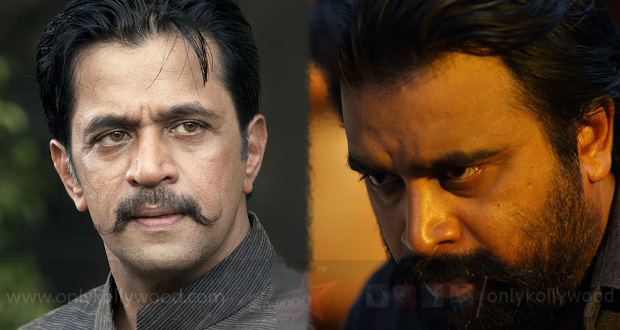