Lady Superstar Nayanthara and filmmaker Vignesh Shivan were spotted offering prayers at Bagavathi Amman Temple in Kanyakumari and Tiruchendur Murugan Temple. She is here at the Kanyakumari district to start shooting for Mookuthi Amman starring RJ Balaji and directed by him alongside Saravanan. 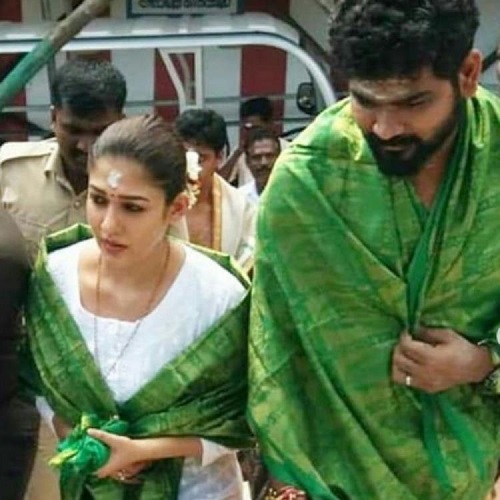 Produced by Vels Film International, Mookuthi Amman went on floors towards the end of November. The film kickstarted with an official pooja at Bagavathi Amman Temple by the entire team.

Meena and Khushbu Sundar on board Thalaivar 168