After loads of speculations on the official crew of the film following a photo leak, the makers of Thalapathy64 finally came out with the official announcement of the film on Saturday evening. It has now been confirmed that Lokesh Kanagaraj of Maanagaram and Kaithi fame will be directing this action entertainer, while the music will be composed by Anirudh.

The cinematography and editing will be taken care by Sathyan Sooryan and Philomin Raj, while Silva will be designing the stunt work. The makers will soon finalize the rest of the cast including the heroine, before the shoot goes on floors in October. 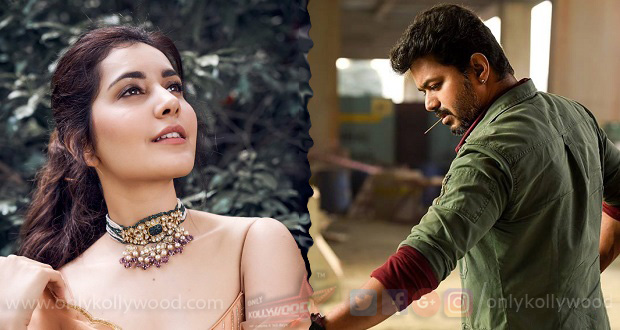 Raashi Khanna is not finalized for Thalapathy 64!