It was reported recently that the dazzling beauty of Bollywood, Sonakshi Sinha has joined the sets of Lingaa to shoot for the magnum-opus directed by KS Ravikumar. While she was feeling skittery about working with one of Indian cinema’s legends and her father’s long-time friend, our superstar astonished her even more. “I’ve met Rajini sir when I was way younger. After coming to the set of Lingaa, I told him that I was pretty nervous about working with him. But he surprised me by saying, ‘Why are you nervous? I am nervous to work with you since you’re my friend’s daughter,” says Sonakshi in an interview to a daily.

And, she is all praises for our Thalaivar. “Despite his star status, he is very humble. He made me feel very comfortable on the set and even said that the romantic angle would be shot keeping in mind both our comfort levels,” says the gorgeous actress. After all, being humble and down-to-earth to everyone is what makes Rajinikanth unique and immortal. Isn’t it?

It's pack up time for Shankar's Ai 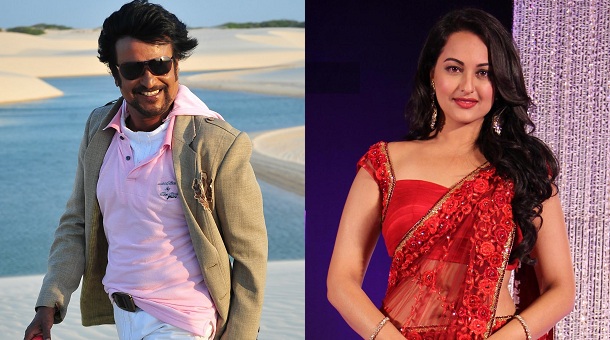