While the recent publicity posters of Nayanthara’s long-pending horror thriller Kolaiyuthir Kaalam carried the name of Yuvan Shankar Raja as the film’s composer, the little maestro took to his Twitter page last night and denied the news.

Kolaiyuthir kaalam music is not by me.

Directed by Chakri Toleti of Billa 2 and Unnai Pol Oruvan fame, Nayanthara is playing the role of a deaf and mute character in the film, which is reportedly a remake of Hollywood film Hush.

Justice is good when served hot: Nayanthara on Hyderabad Encounter 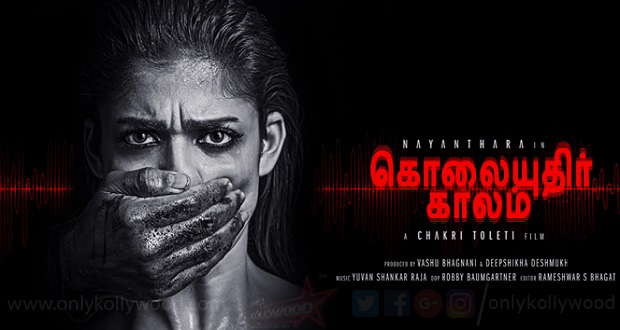