According to the BBFC (British Board of Film Certification), Kaatru Veliyidai has a runtime of 146 minutes. The British censor board has also posted a summary of the film on its website.

“KAATRU VELIYIDAI is a Tamil language romantic drama in which a military pilot, being held as a prisoner of war, remembers his romance with a local doctor,” reads the film’s synopsis.

Directed by Mani Ratnam, the film stars Karthi as a fighting pilot and Aditi Rao Hydari playing the role of a doctor. The movie will be distributed by Sri Thenandal Films in Tamil Nadu.

Kaatru Veliyidai is a tribute to our Indian Air Force: Mani Ratnam 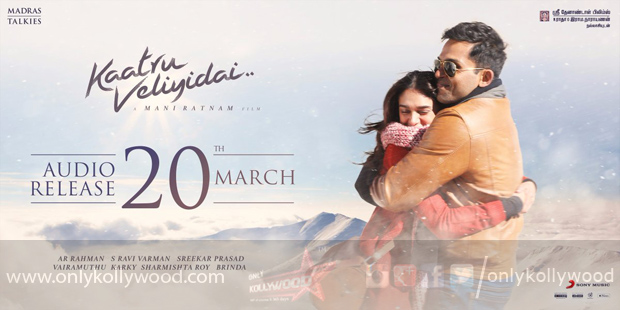 Kaatru Veliyidai certified U; audio to be launched on Monday