AGS Cinemas has announced the official release plans of Irumbu Kuthirai. The audio launch of the film is scheduled on August 6th and the movie will hit screens on August 29th. Directed by Yuvaraj, the film has Atharvaa Murali and Priya Anand in lead roles. It also has real-life biker Alisha Abdullah and Raai Lakshmi in pivotal roles.

The music for the film is composed by GV Prakash. “It’s a racy action film made from the perspective of our culture. The stunts in the film are akin to Hollywood standards, but it is also packed with Indian emotions. It has the spirit of a ‘Fast and Furious’, but has been made in our style,” told Yuvaraj earlier in an interview. So, the Indianized Fast and Furious is ready guys!

Lakshmi Priyaa is the latest addition to Nayanthara - Aari film 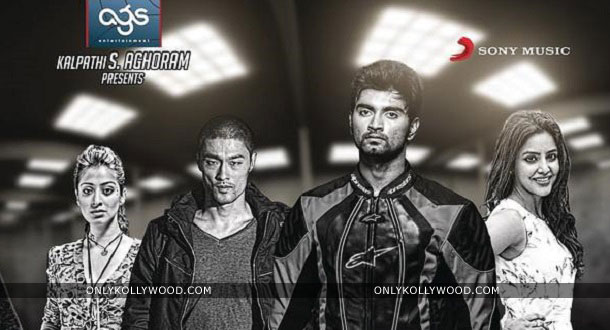