Two days before, a reputed media reported that Ilaiyaraja will sing the lyrics of Vairamuthu after more than two decades for a song in Seenu Ramasamy’s Idam Porul Eval set to the tunes of Yuvan Shankar Raja. Ever since the news arrived, there has been an unrest among Ilaiyaraja fans in social media though a section of them are willing to see the legends join hands again.

Seenu Ramasamy clarified on his official Facebook page that it’s indeed true that Ilaiyaraja was approached for the amma sentiment song but the news that he’d given his consent is not true. Meanwhile, fans are fighting it out on Ilaiyaraja’s Fans Club Global page on Facebook, which usually updates the first-hand information about all things Ilaiyaraja. The page’s admin has posted a strong rebuttal on the news citing it as ‘cheap publicity’ from the makers of Idam Porul Eval and just another ‘back-door tactic’ of Vairamuthu to reconcile his relationship with Raja, to which some of the fans strongly disagreed. 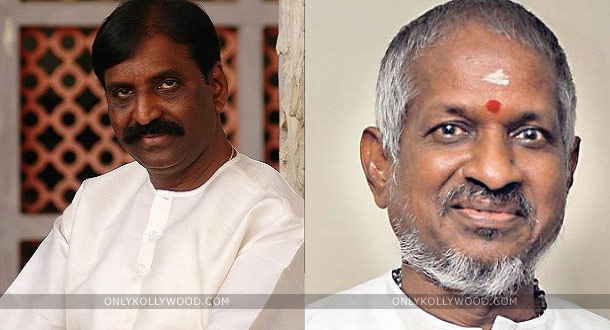 Reunion of Legends: Ilaiyaraja to sing Vairamuthu’s lyrics after 28 years