Kannada psychological thriller Lucia helmed by Pawan Kumar was the most talked about indie film in 2013 in the country. Remaking a cult classic which was celebrated by critics and audiences alike and was short-listed by Film Federation of India for the country’s submission to Best Foreign Film at the Oscars is indeed a challenging deal. To double the excitement, the film features a renowned pan-Indian actor in Siddharth, who plays the lead role. With Enakkul Oruvan ready to hit screens tomorrow, the expectations for the film are pretty high for those who enjoy good, meaningful cinema with solid content.

Enakkul Oruvan is directed by Prasad Ramar, who worked as a co-director in Karthik Subbaraj’s Pizza. Prasad is also a child-hood friend of Karthik Subbaraj. In addition to Siddharth, the film has a stellar technical cast. “With  Santosh Narayanan for music, cameraman Gopi Amarnath, editor Leo John Paul and a hands-on producer like CV Kumar who fully  believed in me, work was a pleasure, not pressure,” said Prasad Ramar in an interview. It was during the Naalaiya Iyakkunar days producer CV Kumar spotted Prasad Ramar.

“Lucia had many layers and a local Kannada flavour, which we have done away with for our story. We have retained the simple human emotion that the audience can relate to,” said Prasad. Siddharth said he was stunned by the dialogues penned by Prasad for the film and added that if people who have seen Lucia see this film, they will feel the difference. Or, double treat for those who have not watched the original. “We have retained the basic premise and have tweaked the screenplay to suit the sensibilities of Tamils,” added Sid.

Producer CV Kumar and his banner Thirukumaran Entertainment is well-known for supporting content-driven films with B-list actors and a potent cast and crew. He hit the bull’s eye last year too with Thegidi, Mundasupatti and Sarabham. Enakkul Oruvan marks CVK’s first film this year and he wouldn’t want anything less than a super hit film for all the stakeholders involved.

Siddharth delivered two versatile films in 2014 in Karthik Subbaraj’s Jigarthanda, the most discussed movie on the web last year and Vasantha Balan’s Kaaviya Thalaivan, another meaty role where the performer in him shone. Siddharth is just days away to score a hat-trick in K’town. In fact, Siddharth was interested to produce this film first. When he learnt that CVK already bought the remake rights, he expressed his desire to be a part of the project. How often do you see actors going out of their way and wish gravely to be a part of a good film? Siddharth is hungry for enacting good roles and his choice of films over the last two years stands testimony to the same.

Enakkul Oruvan marks Kannada actress Deepa Sannidhi’s debut in Tamil. Her next film is director Vishnuvardhan’s Yatchan where she stars opposite Arya. “I’m very lucky to don modern and traditional looks in my debut film itself. The entire team helped me a lot on the sets. Siddharth gave me a lot of tips on acting. It was very comfortable to work with him, as he’s such a knowledgeable person,” said Deepa in an interview.

Santhosh Narayana’s emerging popularity in the music space is undeniable and is on the uptick ever since he made his debut. The background scores of Jigarthanda and Madras composed received rave reviews across the board last year. With the songs of Enakkul Oruvan already topping the charts, Santhosh’s background score is eagerly awaited.

Enakkul Oruvan is all set to hit screens worldwide tomorrow (March 6th). If the Dubai premiere is held as promised, Only Kollywood will publish the first on net, exclusive review tonight. Stay tuned to this space for more updates on the film!

"Working in Uttama Villain was like being in acting school" 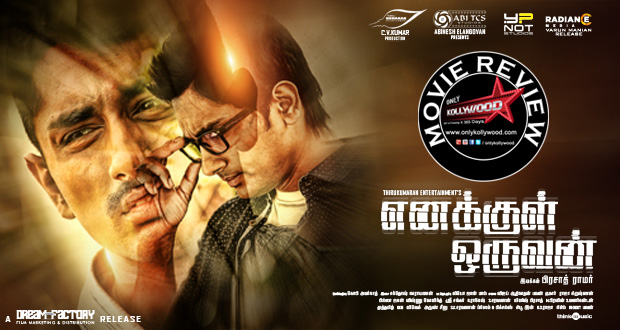 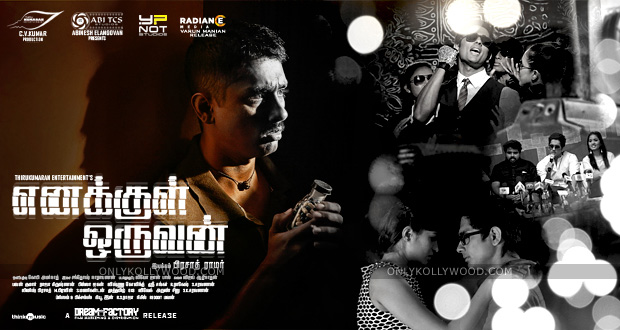 “Enakkul Oruvan is not a frame-to-frame remake of Lucia” 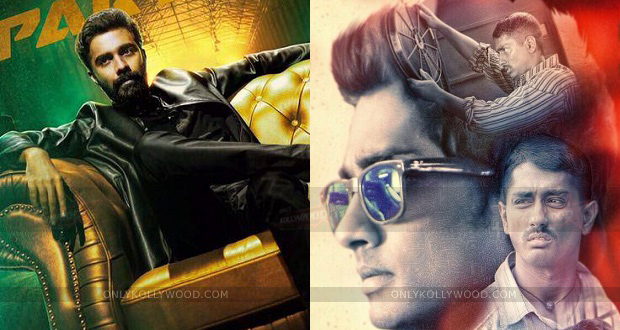