Daniel Balaji, who is currently busy with a bevy of projects including Dhanush’s gangster flick Vada Chennai and Vijay’s Bairavaa, has been roped to play the baddie in Udhayanidhi Stalin’s next untitled flick with director Gaurav of Sigaram Thodu fame. Daniel Balaji will start shooting for the film from September 26th.

Bankrolled by Lyca Productions, the film is touted to be a full-fledged thriller and features Manjima Mohan as the lead heroine. Soori is part of the supporting cast and will have a substantial role in the movie, which has music composed by D. Imman.

Rajinikanth to join the sets of 2.o from Sep 23rd 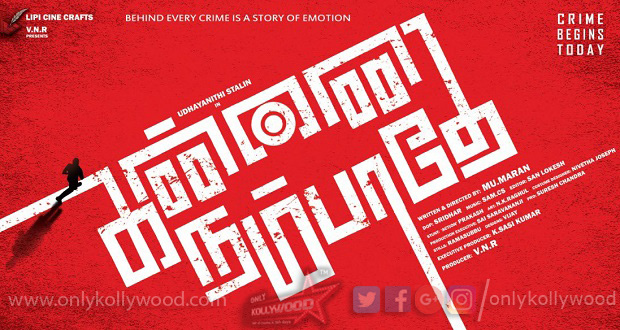