The first look poster of Vishal’s Ayogya will be released on November 18th. Directed by Venkat Mohan, an erstwhile associate of AR Murugadoss, the film stars Raashi Khanna, who was last seen in Nayanthara’s Imaikkaa Nodigal, as the lead heroine.

Ayogya also features Parthiepan, KS Ravikumar and Pooja Devariya in important roles. The film is an official remake of Junior NTR’s Temper, which went on to become an important movie in his career. 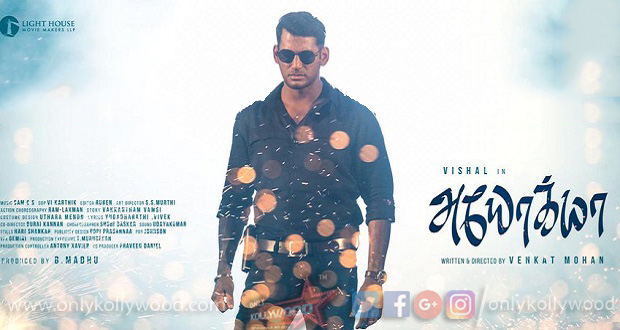