Vishal’s Ayogya, which was initially announced to hit the screens on April 19th, has been reportedly postponed to May 10th to buy more time for post-production. Raghava Lawrence’s Kanchana 3 has been confirmed as April 19th release in Tamil and Telugu simultaneously now.

The TN theatrical rights for Ayogya have been acquired by Screen Scene Media, which is currently basking in the success of Arun Vijay’s Thadam. An official remake of Telugu superhit film Temper starring Junior NTR, Ayogya stars Raashi Khanna as the lead heroine.

Directed by Venkat Mohan, an erstwhile associate of AR Murugadoss, the film has Vishal playing the role of a cop. Parthiepan, KS Ravikumar and Pooja Devariya play important roles in the movie. 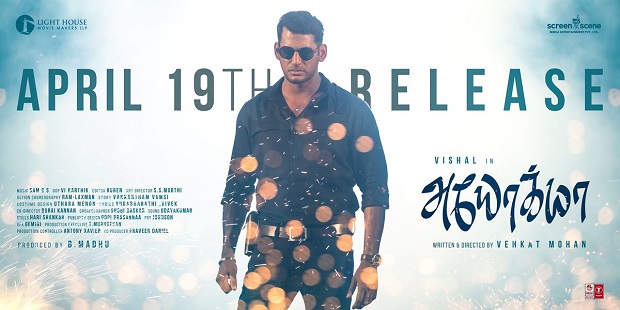