According to our close sources, Ashwin of Cook with Comali fame was supposed to star in Vanakkam Chennai and Kaali director Kiruthiga Udhaynidhi’s next film, playing the lead. However, there seems to be a change in the project now, with Kalidas Jayaram replacing Ashwin.

The film is set to be produced by Rise East Productions, after being initially labelled as a project from Red Giant Studios. Kaalidas, after working out his way successfully in two popular OTT projects, is ready to jump to the next base with this promising project.

Next schedule of Thalapathy 65 to take place inside a shopping mall?

Karnan to come to Amazon Prime on 14th May?

Karnan to come to Amazon Prime on 14th May? 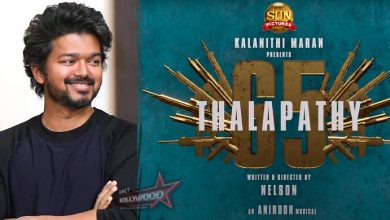 Next schedule of Thalapathy 65 to take place inside a shopping mall?