Aditi Rao Hydari, who made her Tamil debut in a lesser-known film called Sringaram, has replaced Sai Pallavi of Premam fame in Mani Ratnam’s next yet-untitled film with Karthi. It is said that Mani Ratnam made changes in the script and explained Sai Pallavi why she wouldn’t suit for the role.

“There r many rumours going around;Thought I’ll personally clear things:No-one will ever have d heart to walk out of a Mani Sir’s film. Neither did I. Sir being a legendary director knows who’s best for d character & as a caring person knows what’s best for me too. Mani Sir was kind enough to explain things based on developments in the script. For his stature he needn’t have. Being an ardent fan of his work I’m as excited as everyone for this film,” posted Sai Pallavi on Twitter.

A heart-to-heart chat with Suriya!

Amala Paul forays into Sandalwood with Sudeep's next 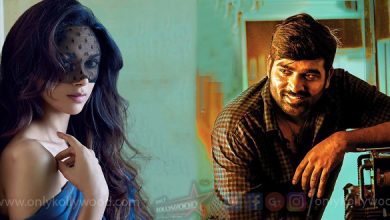