Ulaga Nayagan Kamal Haasan is on a roll! The numero actor’s next release Vishwaroopam 2 will be hitting the screens on/before this Summer is expected. Post this much expected sequel, Kamal Haasan will be gearing up to his next ‘Uthama Villain’ which will be directed by his good buddy, Ramesh Aravind. Story for this movie is none other than by Ulaga Nayagan himself whereas the dialogues will be penned by Crazy Mohan, Music by Yuvan Shankar Raja and Produced by Director Lingusamy’s, Thirrupathi Brothers Pvt Ltd.

Uthama Villain is expected to release in the last quarter of this year and Kamal Haasan will also commence his next flick after it right away is being said. It’s gonna be a treat for Ulaga Nayagan fans this year celebrating their star’s various avatars yet again! 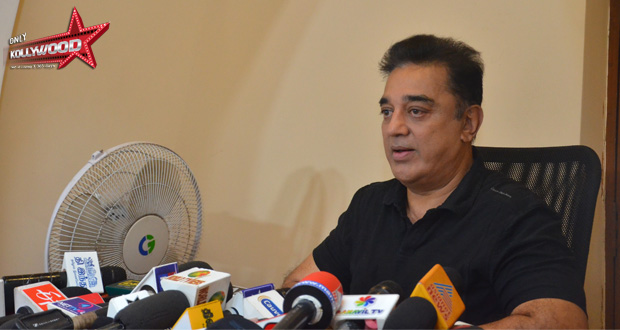 “If you still want me to apologize, I will,” says Kamal Haasan