The title of Hansika Motwani’s 50th film will be revealed tonight by Dhanush on his Twitter handle at 8.30 PM. Young filmmaker U.R.Jameel will direct the movie.

Talking about the film, Jameel said, “The final touches to the scripting is over and done. The protagonist role is very well defined. Hansika fits into this role with self right and self might. Dhanush sir had graciously come forward to release the title in his Twitter handle @dhanushkraja at 8.30pm. His pan Indian appeal will provide a large platform for this film.”

Ghibran will be composing the music while Mathiyalagan of Etcetera Entertainment will be producing the film. The team is all set to commence the shooting from September. 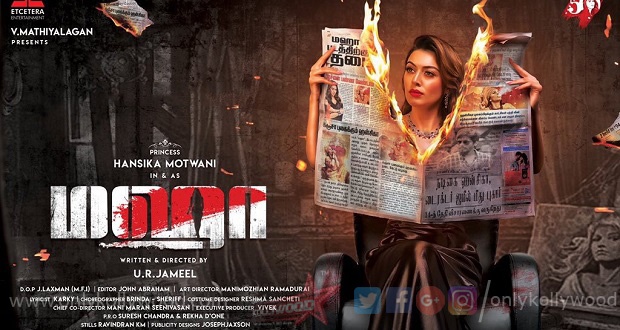