Well the advance bookings to taste Biriyani is highly progressing in all areas as planned. As an addition to spice it up further, Director Venkat Prabhu has posted in his micro-blogging page that, “Thala fans get ready for tomorrow!! Its time to celebrate!! Its not only veeram audio release!!”

With this post, Thala fans goes gaga and hoping that Thala Ajith would have done a cameo in Biriyani for his closest buddy director Venkat Prabhu. Though there isn’t any hint given on Thala’s surprise, fans are eager to catch it up on the big screens Tomorrow! Biriyani is releasing around 1000 screens in India and tickets are selling like hot cake throughout. It may be mentioned, Thala Ajith’s Veeram audio release is slated to happen tomorrow and it would be a double bonanza for Thala fans if the actor is part in Biriyani by any means. Hope the surprise is big and treat to watch.

Dhanush all the way in VIP 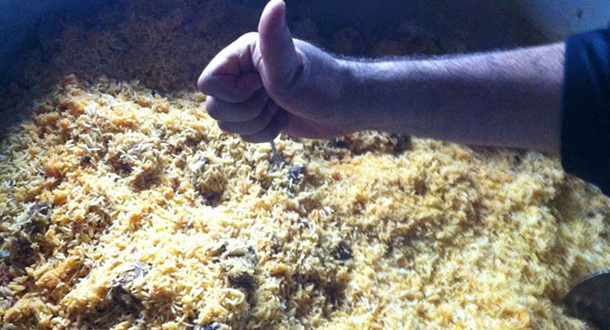