The shooting of SJ Suryah’s Iravaakaalam has been wrapped up. The movie is directed by Ashwin Saravanan of Maya fame.

#Iravaakaalam shoot is officially wrapped. It took us more than 2 years to get to this day. If not for the beautiful people involved, the film would have remained a slightly worn, tear-stained 136-page-script. pic.twitter.com/vY55eCpNg2

Produced by Sri Thenandal Films, Iravaakaalam revolves around three characters and the relationship between them. The movie stars SJ Suryah, Wamiqa Gabbi and Shivada Nair in the lead roles. Ron Yohann is composing the music for the project. 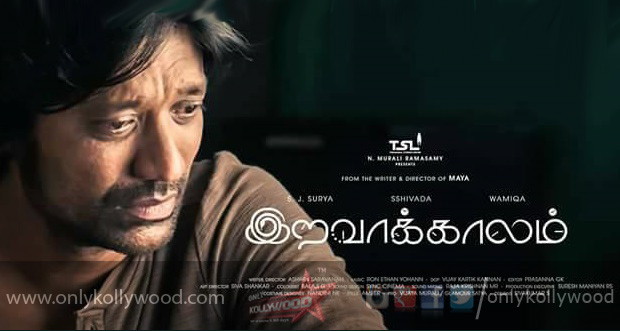