Gautham Menon’s  films are not loved for its presentation alone, certainly the stylish film maker have fans for his title selections too. Kaakha Khaakha, Vettaiyaadu Vilayaadu, Pachaikili Muthucharam, Vaaranam Aayiram, Vinnaithaandi Varuvaaya, Neethane En Ponvasantham are the examples. Now the director has zeroed in a title for his ongoing film with STR. It has been titled as “Sattendru Maaruthu Vaanilai”, which is picked from his earlier venture song comes in Vaaranam Aayiram.

Sattendru Maaruthu Vaanilai’s music is to be scored by AR Rahman. The composer had given GVM a track already and the shoot of this romantic number will happen in a day time with STR and Pallavi Subash. The excited STR has posted in his Twitter account that, “#SattendruMaaruthuVaanilai one of the best title in recent times , fortunately Its my film and the title means a lot to me 🙂 thanks to GVM. Very happy to work with @arrahman once again … Very first tune of #SattendruMaaruthuVaanilai is rocking and just can’t wait to shake legs”. 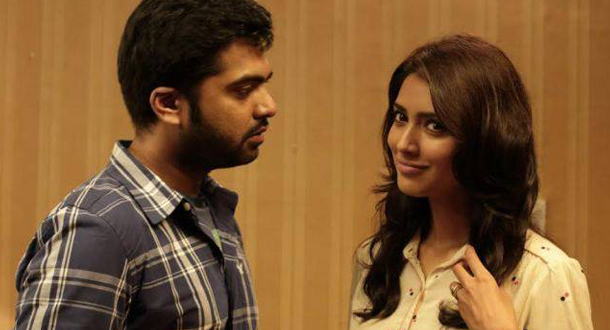 My project with Gautham Menon is on, says Simbu