At the grand trailer launch of Bagheera, Director Adhik Ravi had come out in huge praise of the film’s lead actor Prabhu Deva. Adhik said that Prabhu Deva is the heart and soul of Bagheera, adding that the actor did not create a fuss at all during the shoot even though there were different setups and makeovers for him in the film.

Bagheera features 7 heroines in total and has music composed by Ganesan Sekar. The film is set for a theatrical release in November.

Valimai: Thala Ajith to have no love interest in the film

Atharva starrer Thalli Pogathey gears up for release on October 14

Atharva starrer Thalli Pogathey gears up for release on October 14 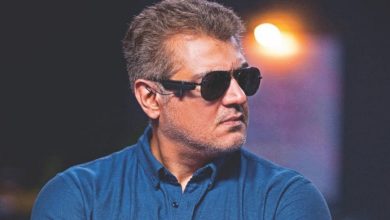 Valimai: Thala Ajith to have no love interest in the film